Friday the 13th seems like an unlucky date for those in the path of a spring-time ice storm (sorry Toronto!) and for others, well, the search for ice is really just to keep drinks cold.  Yes, this edition of the roundup is coming to you from the sunny and warm beaches of Huatulco, Mexico where the struggle to stay cool is real.

In this edition of the roundup, we thought we’d do something a little different. With so much happening in the online brokerage space already in 2018 (and because I am in Mexico while writing this roundup) this was a great opportunity to pause and reflect on some of the biggest stories and emerging trends that shaped the first quarter of 2018. Below are four of the biggest and most interesting things that have happened so far in Canada’s online brokerage space.

Many Canadian online brokerages faced a perfect storm at the outset of 2018. Caught up in the groundswell of interest in cryptocurrencies and marijuana stocks, DIY investors were definitely in a risk-on mood to kick off the year.

As a result, trading activity surged beyond the capacity of many of Canada’s (and some of the US’s) largest online brokerages’ systems to handle the order flow.

On an “ordinary” trading day, outages to DIY investors are annoying and occasionally tempers flare, but, when the bulls were stampeding, sidelined DIY investors were left seeing red when their platforms weren’t able to connect or trade on their online brokerage’s network.

A consequence of trading platform outages was that DIY investors had to turn to customer service  phone lines and Twitter channels to either execute trades or to find out what was going on. The result: wait times on the phone surged – stretching to hours in some cases before calls were being answered.

The tough lesson for DIY investors caught in the mix was that regardless of online brokerage size, online trading is not without risks, including the risk of being disconnected.

While a few online brokerages managed to NOT make headlines by maintaining business as usual, this scenario was a wake-up call for Canadian online brokerages on the business case for properly resourcing both online trading capacity and failover systems on phone channels.

Here’s a list of editions of the weekly roundup that outages & wait times made headlines in:

Online brokerages battle it out with promotions during RSP season

If you think RSP season is a myth, think again. Just like flu season, interest in RSP-related information, and accounts, starts to climb in November and peaks in the first 60 days of the new year.

While chicken soup offers paired with RRSP deals are likely not coming anytime soon, this year, DIY investors were being wooed by an incredibly high volume of offers, ranging from cash back to commission-free trading. Specifically, this year’s crop of cash back offers stood out as bank-owned brokerages stepped up their use of this promotional offer and smaller non-bank owned players also were prepared to ante up.

Highly savvy investors who typically look to open accounts across providers to access features unique to each and to diversify where their money is parked, were provided with an especially unique scenario this year. Specifically, by splitting up where deposits were made, DIY investors could enjoy substantially higher cash back bonuses than putting all of their assets with one brokerage.

Canadian discount brokerages reviewing the deals & promotions landscape will likely also see that incentive offers are yet another ‘battleground’ that’s opened up and that smaller players looking to win market share will make strides by raising the stakes with cash bonus offers.

At the very least, DIY investors will be willing to look at what’s being offered, especially if the headline numbers are big.

Discount brokerage deals and promotions were another big story last quarter so here is a list of weekly roundups in which deals and promos were referenced and analyzed:

After much anticipation, the Globe and Mail’s annual online brokerage rankings were published in mid-February.

As the most popular and highly sought out rankings of Canada’s online brokerages, the 19th edition of the assessment did not disappoint with some new comparison features and inclusion of Interactive Brokers Canada. Qtrade Investor walked away with top honours in the Globe’s rankings and of the top five, three were non-bank owned brokerages.

Of course, once these rankings were published, and perhaps even in anticipation of them, the marketing departments at Canada’s online brokerages were busy listing off the various ratings, rankings or accolades that position each respective brokerage as ‘the best’ at one feature or another.

Not too long afterwards, our roundup on March 30th featured a deep dive on Interactive Brokers’ win of the Barron’s annual online brokerage rankings in the US. Despite the victory taking place in the US, Canadian online brokerages should pay attention to since interactive brokers Canada offers most of the trading technology and analysis tools as the US version does.

In fact, the high ranking in the Globe and Mail’s assessment, the top finish in the Barron’s ratings and the much more visible advertising presence here in Canada (which we noted here on February 23rd) suggests that Interactive Brokers is going to be getting and generating more attention in 2018.

For DIY investor’s the tip here is to read the fine print on the date of the award because we noted several instances where awards from previous years were being used to justify being characterized as ‘the best.’

When it comes to social media and investing online, only one of Canada’s bank-owned wealth management arms successfully managed to execute on an effective social media-based influencer campaign in Q1 of 2018. BMO Wealth Management (parent to BMO InvestorLine) and BMO SmartFolio were able to generate a highly engaged, interactive online Twitter chats on investing online.

The countdown is on! T-minus 30 minutes until another #InvestSmart Twitter Chat, co-hosted by @Listen2Lena. Prizes to be won: you won’t want to miss it! 🙂 pic.twitter.com/1vct0TmnEN

The Q&A format did well as did the session thanks in part to the fact that the host of the Twitter chat was Lena Almeida. In January, BMO SmartFolio’s session on investing online helped spark a lively conversation on topics related to investing online. Fast forward a few weeks to March 5th, and BMO Wealth Management was on Twitter with an #InvestSmart session in support of International Women’s Day.

Just prior to the end of Q1, BMO InvestorLine also rolled out a new homepage which was a significant iteration to its previous design.

Although we covered this new site in more detail in last week’s roundup (here), the latest moves by BMO InvestorLine online showcase that they are not standing still when it comes to embracing digital channels to better connect with DIY investors.

How easy is it to switch online brokerages? This post, from reddit’s personal finance Canada thread, highlights one user’s question about transferring from TD Direct Investing to Questrade and offers insights into timing and costs.

DIY investing usually means a lot of research to figure out how to maximize the return on investment. When it comes to savings vehicles, like the RESP, however, there’s lots to consider. In this post, also from reddit’s personal finance Canada thread, users weigh in to help one expecting parent navigate the tricky world of investing for their child’s education.

As we head into another weekend, we wanted to take a moment to extend our deepest condolences and heartfelt sympathies to the teammates, families, friends and communities who tragically lost loved ones in the heartbreaking Humboldt Broncos bus accident. 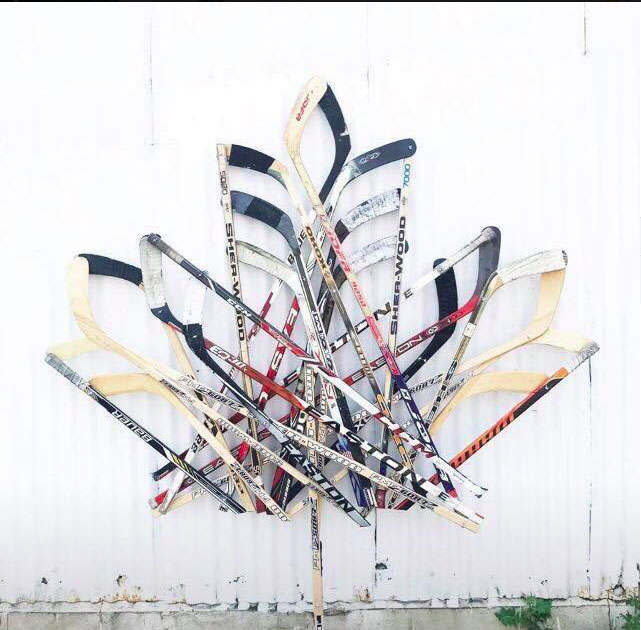