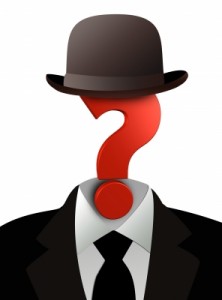 It almost seems so obvious that businesses should know who their customers are. In the real world, many small businesses can get to know their customers’ buying habits and taste, and they even might get to be on a first name basis with them. As companies get bigger, they don’t see customers per se, they see statistics about their customers, such as what gender they are, where they live, what kinds of products are they buying and at what times. Big or small, it pays to know who your customers are and what they want so that, as a great trader (read: middle man or middle woman), you can more effectively exchange your goods for your customer’s cash. An interesting ‘quirk’ of the stock market is that your customer can also be your competitor.

Even though knowing exactly who your customer is just as crucial for the do-it-yourself investor as it is for any other business, the reality of online trading makes this infinitely more challenging. Your “customers” are just numbers and letters on a screen. You have no idea on who they are or what their buying habits are. All you really see are share prices either rising or falling, and from there you can infer that there is either increasing interest in a stock or decreasing interest at any particular price on any given day. And as unsatisfying as that is, millions of people around the world base their stock trading decisions simply on what they are inferring from movements in stock prices. What separates the great traders from the rest of the herd is the understanding what their customers are looking for.

Many of you are probably familiar with the saying: “the only sure things in life are death and taxes.” Well, as of January 2009 there’s been a little ray of hope as far as those taxes are concerned. In February of 2008 the Canadian Minister of Finance (Jim Flaherty) announced a new program would start in 2009 that would forever change how Canadians can choose to save their hard-earned money.

Before the TFSA was introduced, if you saved or invested your money(the money you would have already been taxed on) you would then go on to be charged more taxes if those savings or investments made money. Many Canadians felt that they were being punished despite trying to do the right thing by saving or investing. While many of those same rules are still in place, the reason a TFSA is so innovative is because it gives Canadians an option to save and grow their money without having to pay any taxes on it. Sounds like a great option to us.

What is a TFSA exactly?

A TFSA is a special type of account that enables Canadians to grow the money in the account tax-free. Whether the money is in cash or is invested in allowable products (such as stocks or GIC’s) any money made within a TFSA account will not be taxed. For example, when most people saved money in a bank they generally put the money is a savings account. Aside from keeping the money safe, there was the added bonus of gaining some interest for parking your money there. The consequence of earning some interest is that it can be taxed as income by the government. In a TFSA, however, any money earned in the TFSA is not taxable by the Canadian government – ever.

Most large Canadian banks as well discount brokerage firms offer a TFSA. Opening a TFSA is generally as simple as opening any other account at these institutions. In order to qualify for getting a TFSA however you have to meet the following criteria:

The government has set a limit on the amount of money you are able to contribute into your TFSA in any one year. In the first year of the program (2009) the amount was set at $5000 and every subsequent year this amount increases according to the inflation rate.

To help understand better how a TFSA works, let’s walk through an example. Suppose you had $1000 to save in the first year (2009) and you decided to put that $1000 into a TFSA. Your contribution limit for the year was $5000 but since you only used up $1000, you’re left with $4000 of extra room for that year. As of January 1st the following year your contribution room would increase by $5000 plus any unused contribution room from the prior years ($4000) bringing your grand total of contribution room to $9000. The exact amount of contribution actually is slightly more than $5000 each year because of inflation. Your personal amount can be found on your tax return or via Canada Revenue Agency’s “my Account” website [http://www.cra-arc.gc.ca/myaccount/] .

Here are the current promotions and deals listed at the discount brokerages:

In this episode we speak to Reg Ogden of Canaccord Wealth Management about trading stocks of gold producing companies, the importance of choosing the right advisor and on finding the most important information to make a trading decision. Enjoy!