What a week of wacky data to digest. From May the Fourth being with us, to Cinco de Mayo to the NDP landslide win in Alberta to Deflategate to stocks being called out for being overvalued and the markets going up anyway. It was definitely one of those stranger-than-fiction-headscratchers kind of weeks. Not to be left out, Canadian discount brokerages and DIY investors have a bit of headscratching to do with the release of yet another discount brokerage ranking.

In this week’s roundup, we take a look at the latest MoneySense discount brokerage rankings and attempt to glean what they mean. Next, we shine a light on one discount brokerage that is springing to life with more activity. From there we take a look at some notable developments in the US that are bound to have Canadian discount brokerages starting to be a little bit nervous and giving DIY investors a reason to cheer. As usual, we’ll close out with the upcoming investor education events and some interesting chatter from the forums, including the whisper of a new deal from one bank-owned brokerage.

Because this week’s roundup is a bit longer than usual, here’s the TL;DR version up top:

While the theme song ‘Everything is Awesome’ is both awesome and catchy, it’s not that useful as a decision making tool – especially when trying to choose an online brokerage.

With rankings from the Globe and Mail, JD Power, Dalbar, Surviscor, Morningstar and MoneySense, there is no shortage of ranking information out there. For many DIY investors, and even for discount brokerages too, when so many Canadian discount brokerages are being crowned the ‘best discount brokerage’ the meaning of the word best really becomes challenging to pin down.

This week MoneySense’s latest discount brokerage rankings were spotted, and in them were 7 different winners of different categories, including the title of best overall (the bestest?).

Here are the results according to their latest rankings:

For consumers, it is important to take a step back and put the results into context to understand what the title of ‘best discount brokerage’ really means from the source that is using it.

One of the first things that stands out with these results is the weight/preference on certain categories.

In this latest series of results, BMO InvestorLine was declared as ‘best overall’ with Scotia iTrade coming in as runner up overall. Looking more closely, BMO InvestorLine took first place in “ease of use” and “Account Information and Reporting”. Scotia iTrade, ranked best at customer service and runner up with “ease of use” and “market intelligence”.

Based on these results, the best overall means that ease of use and account information would likely have to far outweigh customer service and market intelligence, and each of those would have to outweigh the importance of fees and commissions, and educational resources.

Without getting into too much of the logic puzzle, the takeaway is that DIY investors will attach different priorities to different categories as well as define those categories differently than those who composed the rankings. Who decides, after all, what ‘ease of use’ quantifiably means, how to measure it and how much a percentage point of ‘ease of useness’ really amounts to for every DIY investor?

Another thing for consumers to keep in mind is how quickly the rankings can and do change.

In the 2014 Canadian Brokerage Service Level Rankings, Credential Direct (91%) was awarded the top honours followed by Qtrade Investor (90%) and Desjardins Online Brokerage (73%). In that ranking BMO InvestorLine was ranked 8th (with a score of 31%) and Scotia iTrade 4th (with a score of 71%). It is therefore interesting to see Scotia iTrade’s customer service response score in the latest MoneySense rankings surpass Desjardins Online Brokerage, Qtrade Investor AND Credential Direct in that narrow window of time.

And then there are the surprises.

One of the biggest of those surprises was in the cost category in which CIBC Investor’s Edge took top spot followed by Credential Direct. Neither Virtual Brokers, Questrade, Qtrade nor Interactive Brokers appeared at the top of this category which again highlights the importance of the way ‘cost’ is measured and calculated when determining the “winners”.

For DIY investors looking for an online trading account, the bottom line is to take the term “best discount brokerage” with a grain (or several) of salt. There are many different ways to define and measure what that actually means. While the rankings themselves might have a systematic and defined process, the details and motives of that process are what’s most important in establishing the degree to which they are reliable and, ultimately, meaningful.

After a long winter (especially for the folks east of the Rockies), it’s reassuring to see signs of spring. It’s a fitting metaphor for one bank-owned discount brokerage that may be sprouting back to life. Although it is not a big move, the announcement on CIBC Investor’s Edge’s website about an upcoming webinar from Morningstar Research is the kind of thing that signals that something different is happening.

To put it into context, after a relatively quiet first portion of 2014, CIBC Investor’s Edge has been steadily and more frequently surfacing with pricing changes or promotions.

No doubt they have started to see the increased interest in their online brokerage offering ever since they dropped their standard commission price to one of the lowest amongst their bank-owned peers. That was October. Earlier this year they ran a promotion for commission-free ETF trading. Now they are offering up an investor education webinar.

Even though it is too soon to draw definitive conclusions, it is becoming clear that CIBC Investor’s Edge is stirring. And, that being the case, we won’t be the only ones watching to see what’s going to come next.

For Canadian DIY investors, the entry of online brokerages such as Questrade, Interactive Brokers and Virtual Brokers (and TradeFreedom way back when) offered the first glimpse of a world in which DIY investing could happen at an affordable level.

Fast forward to 2015 and the new normal is a world in which commissions for equity trading has fallen to just under $10 for most brokerages and ETFs are capable of being bought (and sometimes sold) completely commission-free. For DIY investors, it’s a wonderful world. But could it be better?

It’s hard to imagine the race to the bottom on commissions hitting zero however US-based online brokerage Robinhood has promised and delivered on doing just that. While they have been restricting use to the US, something significant happened this week when they announced not only that they received additional investment to the tune of $50M but also that they were going global. Specifically, they’re looking to roll out in Australia.

There are many parallels drawn between the markets here and in Australia. It stands to reason, therefore, that how they roll-out in Australia will definitely be an interesting test-bed for Canada. One this is for certain: nobody likes to see their money go down the drain, no matter which way it spins on the way down.

In addition to landing a hard right hook on pricing, Robinhood appears to be taking a serious jab at established discount brokerages when it comes to user experience.

Last week we noted how other brokerages in the US have Apple watch apps that enable users to review their investments – even TD Direct Investing offers the ability to get an update on balances and stocks. Robinhood, however, has made the leap of building a transactional Apple watch trading app.

One look at their Apple Watch trading app basically summarizes not only how nimble they are within their niche but also that they “get it” when it comes to usability. To paraphrase a bad clickbait headline: this online brokerage designed an app and they totally nailed it.

Although it took the better part of 15 years for pricing to come down meaningfully, many investors are watching a world where zero-commission trading and robo-investing is happening and spreading. And, as it turns out, they are lining up in droves to get it. Recall, this is not unlike how Facebook and every other social phenomenon got traction. A bunch of young people chomping at the bit to use it. Suddenly commission-free trading in Canada doesn’t seem so silly.

With a number of discount brokerage deals and promotions in play, one of the popular promotional offerings is the “refer a friend” promotion. In this post from the Financial Wisdom Forum, there are whispers of an improved refer-a-friend deal from BMO InvestorLine that might be on the horizon.

Which brokerage to use for ETFs?

The popularity of ETFs with Canadian investors shows no sign of slowing down. In this post from reddit’s Personal Finance Canada section, it is interesting to review what the thoughts are of different users on which discount brokerage would be best for ETFs.

That’s a wrap for this edition of the roundup. Thankfully it looks like a fantastic weekend to say thanks to all the mom’s out there (including Mother Nature!) and to raise one last toast to Don Draper for many smoke-filled seasons of thought. 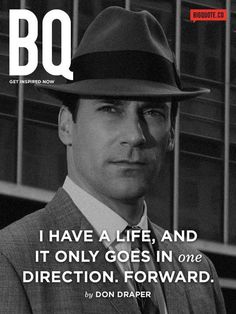