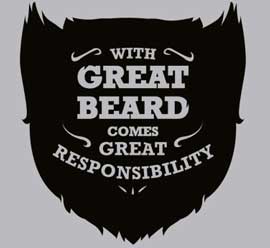 When taking a position in a trend, timing is everything – just don’t tell the folks sporting a playoff beard about ‘peak beard’ though. As we wind through earnings season, it looks like more than a few traders may be trimming positions as well as beards as markets round out the week slightly in the red.

Unlike markets, this past week showed that several discount brokerages appear to be very much in the green as retail investors appear to continue the march back into the stock markets. This week also showed how a pair of Canadian online brokerages aren’t afraid to tackle the idea of commitment. The first of the pair took a look at a financial plunge many Canadians take with weddings. The second discount brokerage looked at a big commitment of another kind as they launched their new career oriented social media channel. Finally, we round out with a pair of interesting forum posts and some very bad investing advice from a new Nike commercial.

From time to time we look to the activity of US investors to serve as a proxy for what might be happening with Canadian investors also. The most recent earnings figures from several of the major publicly traded US discount brokerages that came out this past week painted a relatively positive picture with strong results being posted across the board at TD Ameritrade, Schwab and E*TRADE.

Having Your Cake and Paying For it Too

A recent study sponsored by BMO InvestorLine also caught our eye this past week as it took a look at the financial plunge associated with taking the big plunge. In their news release, BMO InvestorLine reported that, on average, Canadians fork over $15,000 for a wedding, with those between the age of 18 and 44 reporting an average spend of $18,150. Fascinating as the study was, we’re not sure if many Canadians are as committed to their discount brokerages as they are to their spouses.

In an interesting move Questrade took its talent scouting social this past week by launching their own career-focused Twitter handle @QuestradeCareer. While there may be some relation to the health of brokerages in the US, the decision to be hiring is a signal that brokerages may be doing ‘ok’ on this side of the border. Over the past several months, there have been a number of positions advertised at several discount brokerages to attract and retain talent, which is evidence of yet another area in which Canadian discount brokerages may be competing with one another.

In addition to being a somewhat quiet week around the discount brokerage space, the investor forums also showed a bit of a dip in terms of chatter about brokerages and markets. Nonetheless, the following two discussions were shareworthy.

In this post from the Financial Wisdom Forum, an interesting discussion about the pros and cons of individual stock ownership vs. using ETFs. This thread was particularly noteworthy because it highlighted that there’s a case to be made for each and which of the two is “ideal” really depends on an individual’s situation and goals.

This thread from RedFlagDeals’ forum started out as a story that one user shared about their experience trading penny stocks with TD Direct Investing. What ensued from that, however, was an interesting discussion between community members on trading in penny stocks (for better or worse) at several different Canadian online brokerages.

That’s a wrap for this quick version of the roundup. Of course as we point out from time to time, sports and competition can be a great learning space for investing do’s and don’ts. Every now and then, however, there’s a big neon sign that flashes ‘don’t do it’. One of those messages comes courtesy of a really entertaining Nike soccer ad that encourages individuals to #riskeverything – to which we have to #HumblyDisagree. Hope you’re weekend is a ball!