After all of inescapable deal making drama in Washington this past week, it appears that stock markets had already placed their bets that events would unfold with a deal being struck.  Rather than a disastrous crash, The S&P 500 hit an all-time high and Canadian traders also shrugged off their Thanksgiving turkey hangovers to push the TSX to close at its highest point since July 2011.

What does all of this mean?  It seems a lot of folks will be asking that question, so in this week’s roundup, there was one Canadian discount brokerage who offered up a trader’s perspective on what happens next.   In this post-Thanksgiving week, one discount broker got into the giving spirit by offering a chance to win some free trades while another discount brokerage officially rolled out some new features to their trading interface.  Finally on the roundup, it looks like a proposed switch over from a major discount brokerage is now rolling out, albeit somewhat slowly for the likes of a few investors.

What’s the Deal with the Deal?

If Jerry Seinfeld chimed in on airplane snack food, one can only wonder what he would be asking what now that there has been a deal to extend the debt ceiling in the US.  It just so happens that a video from TD Direct Investing’s investor education section looks into that.  In this episode, Ryan Lewenza  (North American equity strategist & portfolio manager for TD Waterhouse private investment advice) laid out his thoughts on the market sentiment in response to the debt ceiling deal. 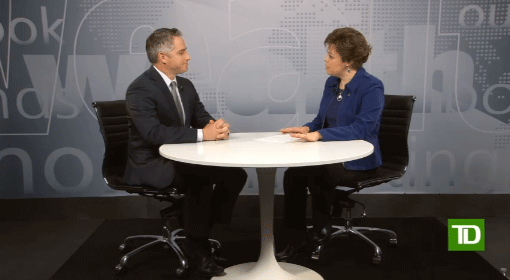 Questrade got into the Thanksgiving spirit by offering to give away 10 free trades. The deal was announced on their blog on October 9th with the contest rules and regulations stating that it would run until October 16th. 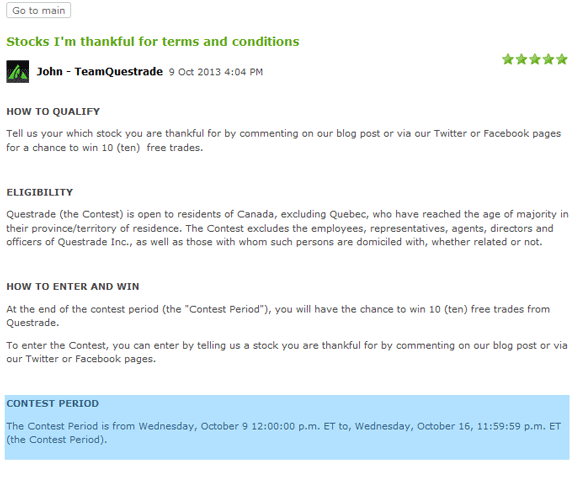 Later on in the week though, a couple of tweets by Questrade seem to suggest that the contest is still on although it is not quite clear based on the rules for the contest when this offer expires.

Taking Quotes to the Next Level

As hinted at last week, the new feature from Qtrade that got released was an addition of free level 2 trading data on Canadian stocks to their equity order screen. It should be pointed out the quotes are ‘snap’ quotes not streaming quotes so users wanting to see updated information on a particular stock or ETF’s trading activity will have to hit refresh.  As this feature is limited to Canadian equities at the moment, it might be of interest to those looking for additional depth information on smaller or less liquid names. 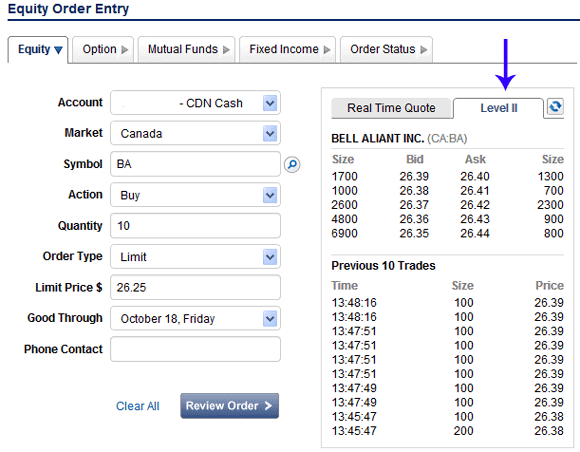 A recent article in Investment Executive this past week covered the recent results from this year’s J.D. Power’s discount brokerage rankings. In particular, the article highlighted the win by National Bank Direct Brokerage as well as how discount brokerages, such as BMO InvestorLine, are trying to figure out how to respond to some of the information and advisory needs of self-directed investors.  Interestingly, while BMO InvestorLine may have been first out of the gate to launch an ‘on demand’ advisory type feature, other discount brokers appear to be opting for providing portfolios that investors can ‘follow along with’.  To learn more about the J.D. Power discount brokerage rankings for 2013, click here.

Rolling Out the Canadian Carpet

Around the forums, the chatter on discount brokerages was somewhat subdued this past week. There was, however, important news on the roll out of Interactive Brokers Canada account transition announced earlier this year.   The following post from forum user Mark77 in the RedFlagDeals forum suggests that Interactive Brokers Canada clients are having their account restrictions updated to reflect the changes that were announced earlier this year. 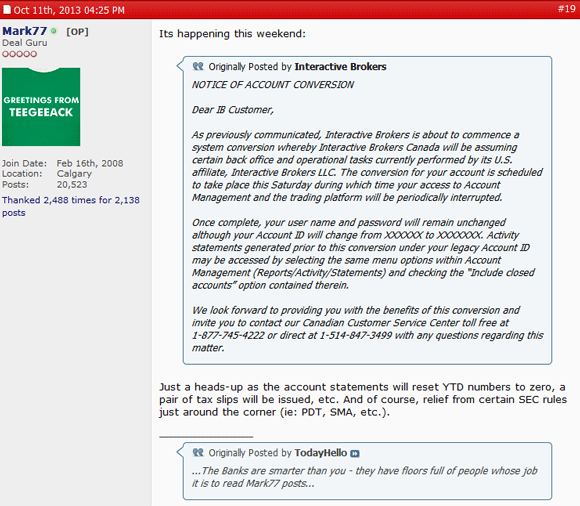 Despite the short week, there was still lots to digest (including the turkey!). Have a great weekend all and for those who’ve made it this far, here’s a tusk-in-cheek cartoon from cartoonist Mike Luckovich on the recent Washington shenanigans. 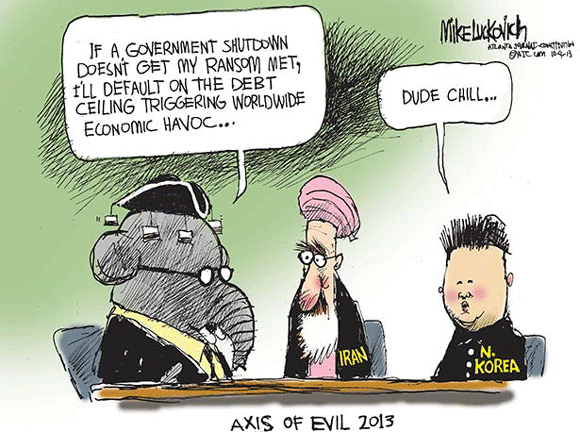