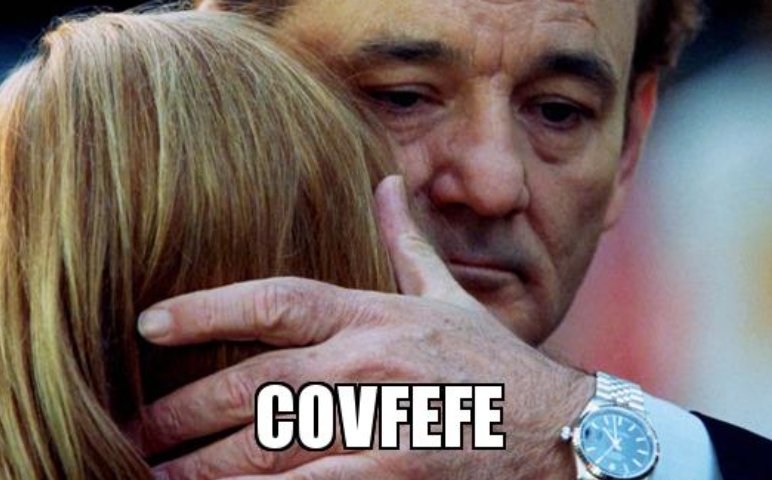 There seems to be no way around it, what happens on social media has now become ‘the news’ cycle the world over. Curiously, the news cycle this week focused on deciphering covfefe as well as the art of the deal – or rather the art of pulling out of the deal. For Canada’s discount brokerages, there may (or may not) be covfefe to worry about, but fortunately there are lots of deals, which is something all DIY investors can look forward to.

As an homage to keeping people guessing and to deals, this week’s roundup is full of teasers as well as great info on the latest deals and promotions to kick off the new month. Keep reading to find out about an exclusive preview of a soon-to-be released promotional offer, as well as additional features and an exclusive promotion that’s close to launch. Speaking of launch, after the deals roundup we rocket through some minor (but soon to be major) developments over the past week in the Canadian online brokerage space. As always, we’ll take a look at the latest DIY investor chatter on Twitter and on the forums.

Despite Wonder Women tearing up the box office, some of the biggest blockbusters of this summer are still to come and a few of them will actually be in the online brokerage space. Although there might not be any talking robots, there are, ironically, robots making an appearance in the deals section – roboadvisors to be exact. Here are some ‘teasers’ of deals and promotions coming down the wire this month.

Rise of the Machines

Of several big announcements for this month’s deals & promotions section is the news that SparxTrading.com will be starting to cover the deals being offered by roboadvisors. Specifically, Canadian discount brokerages who’ve also deployed (or are affiliated through a parent with) a roboadvisor or ‘digital advice’ investment service.

The list at the time of publication includes four known entities: BMO SmartFolio, National Bank Direct Brokerage’s Investcube, Questrade Portfolio IQ, and VirtualWealth from Qtrade. Not too far on the horizon, however, is also a robo-advisor from Credential Direct and rumour has it another Canadian online brokerage is on the cusp of rolling out its own robo-advisor product. Interestingly, HSBC announced this week it too would be launching a robo-advisor however there are no details on whether this will be coming to Canada any time soon – more on that below.

The second big announcement is the launch of a SparxTrading.com exclusive commission-rebate offer with one of Canada’s online brokerages. Full details of this promotion (including which brokerage it will be with) will be made available shortly. In the meantime, stay tuned to the SparxTrading Twitter feed and the deals & promotions section to find out when it goes live.

The Legend of Zero

A third interesting sneak peek announcement comes in the form of a promotion from Virtual Brokers, who recently held a webinar jointly sponsored by the Independent Investor Institute.

As part of signing up for that seminar, registrants were offered access to 3 months of commission-free trading for either Canadian or US ETFs (to a maximum of 20 trades) . The last time we saw a promotional offer that featured free ETF trading was from National Bank Direct Brokerage who subsequently went on to offer commission-free trading on all Canadian ETFs.

While the Virtual Brokers’ latest offer is not yet being advertised to the general public, it may likely be something opened up to the public in the near future. Regardless of how many people take advantage of the offer or the timeline for its release, it raises the question, is Virtual Brokers testing the water on commission-free ETF trading and could this be the next shoe to drop in the online brokerage commission price battle?

Finally, as we mentioned in the most recent deals & promotions post, there are several promotions that are scheduled to end in June. The earliest is from BMO InvestorLine, which will see their cash back and free trade promotion expire on June 5th. Fortunately, there is already another offer ready to go to replace this promotion as of June 6th.

SparxTrading.com has an exclusive first look at BMO InvestorLine’s newest promotion which offers up to $1200 cash back for a deposit of at least $200,000 in net new assets. In addition to the cash back component, qualified applicants get a 60-day trial of the BMO InvestorLine 5 Star Program and its active trading platform, BMO MarketPro as well as a transfer fee rebate of up to $200 to cover switching fees from another brokerage. To boot, savvy individuals can also take advantage of the Refer-a-Friend offer to get an extra $50 stacked on top of the $1200 cash back.

According to the offer’s terms & conditions, the accounts that are eligible to take advantage of this promotion are cash or margin accounts (individual or joint), corporate, sole proprietorship, RRSP and spousal RRSP accounts. Importantly, TFSA accounts and clients with PRO accounts are excluded. This summer promotional offer expires on August 7th.

At this point, BMO InvestorLine is the only Canadian online brokerage offering up a cash back promotion of this magnitude (>$1,000) for deposits of this size (>$200K) for an online trading account. The only alternative to receive a cash back (currently) is through one of the referral cash back offers, the highest being from Questrade ($250 for deposits of $100,00+).

With asset gathering clearly being a primary goal of all the players in the online brokerage space, having incentives in place to compensate investors makes sense.

For the moment BMO InvestorLine remains unchallenged among their bank-owned peers and, to a large degree, by most of Canada’s other online brokerages with an offer for the $200K+ deposit range. It will be interesting to see if other offers start to show up at this higher “mass affluent” deposit tier or if BMO InvestorLine will be able to put this offer on autopilot for the better portion of the summer.

This month’s deals and promotions saw a slight uptick courtesy of a contest sponsored by Desjardins Online Brokerage for a trip to New York City in the fall (autumn in New York anyone?). No purchase is required for entry to the contest. To enter, users have to register for Desjardins Online Brokerage’s newsletter (D Bulletin) and/or alerts for webinars/seminars. Prize value (including the spending money) for this contest is $3,000. More details are available in the deals & promotions section here.

Interestingly, Desjardins’ choice to run a contest may be a response to their close rival, National Bank Direct Brokerage, who is running a contest in conjunction with Horizon’s ETFs and which focuses on a fantasy ETF portfolio.

Sidebar: for individuals interested in participating in a fantasy stock challenge related to cannabis and medical marijuana companies, the Canadian Securities Exchange in conjunction with Stockpools and the Lift Cannabis Expo, are running a competition from July through September. There are weekly cash prizes as well as a grand prize trip to Las Vegas.

The good news for DIY investors is that there are still lots (24) advertised offers to choose from in June and if May has been any indicator online brokerages are getting more creative with their offers/incentives. We’ve also caught wind of at least two other offers that have been targeted to launch in June from a Canadian online brokerage, signaling more fireworks to come well before Canada Day. Don’t let the warmer weather fool you, it seems like Canadian discount brokerages will be working just as hard, not only to roll out new promotions during the typically quieter summer months, but also in preparation for the busy fall season.

*Disclosure: SparxTrading.com may receive compensation for individuals signing up for an online brokerage account with BMO InvestorLine or from Questrade’s refer-a-friend program mentioned above.

Here’s a quick recap on what else was taking place this week around Canada’s discount brokerages.

Mobile on a rollout

The rollout of Questrade’s mobile app was made official earlier in the week. In last week’s roundup, we reported the soft launch of the app and positive early reviews. Now with another week under its belt, the reviews for the Android (4/5) and iOS (3.5/5) appear to have remained relatively positive.

As posted on their social media accounts, Trading Central, parent of the of the popular stock analysis tool company, Recognia, announced they’ve opened up an office in Shanghai, China (officially as of March 20, 2017). The launch party will be on June 22. Recognia, based out of Ottawa, was acquired by Trading Central in 2014.

It looks like the trend towards ‘going digital’ continues across the Canadian online brokerage space. In the past two weeks we’ve spotted Canadian discount brokerages CIBC Investor’s Edge, Credential Direct, Qtrade Financial and Scotia iTRADE seeking to build their bench in the digital, social and content arenas. Of course, they’re not the only ones.

In a recent interview with Investment Executive, the vice president and head of retail banking and wealth management for HSBC Canada Larry Tomei stated that HSBC Canada has been spending “a significant amount of money” on digital initiatives, including revamping HSBC InvestDirect.

What this all points to is that Canadian online brokerages (as well as their parent financial brands) have to make the transition into being adept technology companies as well as publishing companies while retaining their financial services roots. This recent spike in staffing up the digital benches suggests that some very interesting features and upgrades are just around the corner.

While the environment was on the minds of many, it also managed to spill over into the online trading world too. Mentioned this week were CIBC Investor’s Edge, Questrade, Scotia iTRADE, TD Direct Investing and Virtual Brokers.

Looking before you leap is a sound strategy. In one DIY investor’s case, they wanted to know what the leap from Scotia iTRADE to Questrade might be like in this thread from reddit’s Personal Finance Canada section.

While there are always two sides to a story, for one DIY investor, it seemed their online brokerage was having difficulties dealing with a share split. When asking aloud if other DIY investors on reddit encountered any customer service issues in this post, it was interesting to see how other investors weighed in and what they had to say about this online brokerage.

That’s a wrap on the week. What better note to end on than record market levels in the US, national donut day, and a weekend full of playoff hockey and basketball. Of course, watching the French government troll DJT also makes for a pretty fun spectator sport as well. Whatever you happen to watch this weekend (even if it’s cryptocurrency prices) have fun!

We all share the same responsibility: make our planet great again. pic.twitter.com/IIWmLEtmxj