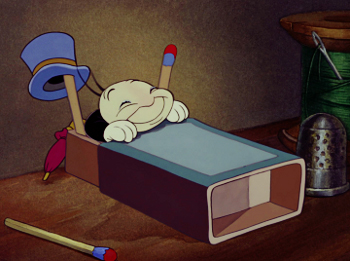 With both Canada Day and Independence Day arriving at the beginning of July is the kind of month that should literally come in with a bang. Once the fireworks die down, however, it’s also the time when you can hear the crickets chirping. Oddly enough, this characterizes the Canadian discount brokerages heading into July where, at least on the surface, it seems things have quieted down some.

We continue with the summer edition of the roundup with a quick look at the new deals/promotions lineup for July as well as some interesting news from discount brokerages in the US in terms of trading activity and interesting initiatives for older clients. From there we take a look at upcoming investor education events as well as the week for Canadian discount brokerages on Twitter. Finally, we close out with investor chatter on the forums and an interesting video in honour of the leap second that made July that much later this year.

This past week, the latest selection of discount brokerage deals were posted and things are looking a little, um, spacious.

The downward trend in the number of deals continues heading into July with 14 offers distributed over seven different brokerages. Interestingly a significant chunk of those promotions (six) are from just one brokerage – Questrade.

While summer is typically less busy than earlier portions of the year (such as the lead up to the RSP contribution deadline), the forum chatter continues to show that money doesn’t sleep nor does it take a vacation for the summer. There are still plenty of people out there curious about brokerages and their offerings.

It’s an interesting strategy to pull back going into the summer, especially considering the competitive landscape.

One of the challenges many of the bank-owned brokerages have is how DIY investors will differentiate between these brokerages. In a forum thread on Canadian Money Forum earlier this week, a user by the name of CalgaryPotato nailed it by saying:

With that in mind, it was interesting to see brokerages such as BMO InvestorLine back away from the $100,000+ deposit segment for the moment by retiring a deal geared towards that group and replace that deal link on their homepage with one that describes all of the recent discount brokerage ranking awards they’ve won. That leaves Scotia iTrade as the sole bank-owned brokerage that has a (non-referral) promotion for that segment.

Compared to the past few months, there’s a definite dip in discount brokerage promotion activity at the outset of this month (and it is still early in this month). The fact, however, that a dozen or so brokerages have to find ways to get investors not only to know that they’re out there but also to get excited suggests (and perhaps necessitates) bigger, bolder moves on the promotion horizon.

With the rollover into a new month, Interactive Brokers has once again published their trading stats for the previous month (June). While Interactive Brokers has historically provided a great deal of information about its trading activity, recently there have been additional disclosures that provide a very interesting window into the world of online trading in the US as well as the inner workings of a discount brokerage.

Although most of their metrics of interest are slightly off last month’s pace, one of the most interesting ones that is up is new accounts. Interactive Brokers gained 18% on a year over year basis and 1% on a month over month basis to come in at 310,000 accounts. While that might pale in comparison to the number of accounts at some of their bigger competitors, those accounts placed an average of 447 (annualized) trades per account which works out to about 37 trades per month. Also interesting to note is their average commission for stock trades is $2.66 with an average order size of 2795 shares. Clearly these aren’t the typical buy and hold types.

While it is unfortunate for Canadian DIY investors that this kind of transparency and granularity doesn’t exist with discount brokerages here, what these numbers paint a picture of is an online brokerage that continues to grow and win new clients who are active traders.

Rankings and ratings may help the cause of getting attention, but these kinds of figures reflect individual traders voting with their dollars and they have been for some time now.

An interesting article on the potential for fraud or mishandling of seniors’ funds via brokerage accounts highlights the current landscape facing older adult DIY investors in the US are facing.

The groundswell of an aging population combined with the proliferation of technology that makes financial transactions so effortless means that brokerages may find themselves in the position of having to police their client’s trading habits.

The demographic shift has not been lost on the discount brokerage (and wealth management more generally) industry.

About a year ago, BMO InvestorLine published results of a study they commissioned on the rise in wealth transfer that could accompany an aging population. More recently, BMO Wealth Management also published a series of papers on caring for aged parents as further recognition of the impact that aging individuals will have on the financial services requirements of older adults and those who care for them. Also, Canadian Securities Administrators have placed a special emphasis on educating and empowering individuals and especially seniors about recognizing fraudulent investment opportunities.

As more investors start aging, however, the questions being debated now in the US will inevitably come up regarding Canadian investors. Given the extent to which policies in the U.S. tend to shape decisions here in Canada, this will be an interesting issue to follow in the months to come.

This upcoming week there are a flurry of investor education opportunities. If you’re looking to learn about options, the technical indicator MACD or some basics on options or short selling, check out one of the sessions below.

This week on social media there were a number of interesting glitches on data feeds that got the attention of a few DIY investors. Mentioned this week are BMO InvestorLine, Questrade, Scotia iTrade, TD Direct Investing and Virtual Brokers.

Diving into the world of investing head first is something most beginner DIY investors should probably rethink. On the other hand, wouldn’t it be nice to be a total expert before putting real money on the line? Of course folks have to take the plunge at some time, however it is always better to learn the ropes with a safety net in place. In this post from the reddit Personal Finance Canada section, there are a number of interesting suggestions put forward to one reddit user who wanted to get the hang of investing before playing for keeps.

When it comes to trading online, there’s probably one law that every DIY investor (and perhaps discount brokerage too) should keep in mind: Murphy’s Law. Yes, a healthy dose of paranoia is always in order when considering just how many moving parts there are to executing a trade and just what can go wrong in the process. With that scary prelude out of the way, this post from the RedFlagDeals investing forum highlights what went wrong for one investor trying to go short.

That’s a wrap for this week’s discount brokerage roundup. In case you missed it, June was extended by an extra second (the ‘leap second’) and if that doesn’t seem like much, here is something interesting to watch that showcases some spectacular leaps that can happen in much less than a second. Hope you find lots of great reasons to jump for joy this weekend!