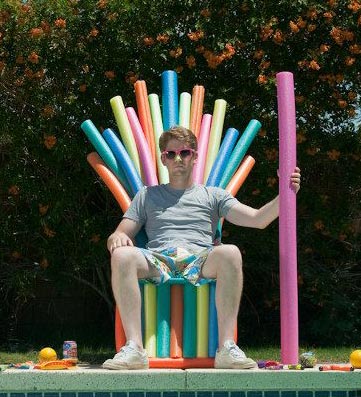 Even though summer is technically still coming, for Game of Thrones fans, winter looks like it’s finally arrived. While Canadian discount brokerages may not have to worry about a horde of the undead or flying dragons, they do have to keep an eye out on each other.

In this week’s discount brokerage roundup, we take a look at the latest battleground for brokerages – deals and promotions – and the newest challenger that has stepped on the field. Next we take an in-depth look at one independent online brokerage that happens to be crushing their account growth numbers and what that might mean for DIY investors in Canada. Following the trend from the last several roundups, we’ll take a look at the latest discount brokerage tweets to see what was lighting up social media before closing out with upcoming investor education events and some enlightening chatter from the investor forums.

At the outset of the month there were 15 deals we spotted, with one new offer by Questrade included in that count. By the end of the first week, however, two more deals had joined the list: one from Questrade as well as one from HSBC InvestDirect.

Those offering promotions included the ‘usual suspects’ of Questrade, Scotia iTrade, BMO InvestorLine and Desjardins Online Brokerage, however it was HSBC InvestDirect’s offer that got our attention.

The deal itself is not groundbreaking – it is 30 commission-free (equity) trades that are good for 60 days, something that is similar to what other brokerages have offered. What is noteworthy is the lack of required minimum deposit to qualify and the fact that HSBC InvestDirect has decided run this offer from June through to the end of August as a “summer” promotion, perhaps hinting at deals that may be coming in future seasons.

Alongside the launch of HSBC InvestDirect’s latest promotion was Questrade’s revival of their Amazon gift certificate offer. Questrade’s addition of yet another promotion means that of all the Canadian brokerages, Questrade is offering the largest number of promotions (7 out 17 that we’re tracking).

Another noteworthy observation was that Virtual Brokers extended their commission-free trade offer until the end of June.

June should prove to be an exciting moment for promotions/deals as just about half of the 17 offers have expiry dates scheduled for the end of this month. If the rest of this month continues at this pace, it seems like a little bit of volatility might be in order – something that may play out in the favour of DIY investors in the market for an online trading account. Stay tuned.

As we do from time to time, we keep an eye out as to what is happening in the US space and in particular with what’s happening at Interactive Brokers (since they have a Canadian subsidiary as well).

This past week, it was interesting to see what the US discount brokerages were up to at the recent Sandler O’Neill Global Exchange and Brokerage Conference that took place in New York.

Although there were interesting presentations from E*Trade and TD Ameritrade, as well as some pot shots at the Toronto Maple Leafs making the Stanley Cup finals (apparently even Americans know that factoid about Canada even if they don’t really know our geography ) it was the presentation from Interactive Brokers’ founder & CEO Thomas Peterffy that caught our attention. For those diehard fans/followers of the online brokerage space – the session can be accessed here.

One of the biggest takeaways is that Interactive Brokers has experienced a blistering pace of account and asset growth, and, show no real signs of slowing down. According to their CEO it was a series of long-term commitments to automation that have enabled them to compete so effectively on pricing. Their ambitions extend well beyond the US markets and so it is interesting to see the moves taking place within Canada that will enable them to compete against brokerages here.

Coinciding with their appearance at the Sandler O’Neill Global Exchange and Brokerage Conference was the announcement by Interactive Brokers of the launch of their investor marketplace – something that shows once again that they are looking ahead of the curve. In case you missed it, here’s a commercial from earlier this year, which comically points out how this new feature would speak to investors or advisors.

While it is hard to know what from the US will make its way to Canadian DIY investors, it’s hard to argue with the growth figures of Interactive Brokers.

Within Canada, it appears that Interactive Brokers is chipping away at the DIY investor market. With their recent introduction of registered accounts, it should be interesting to see them start to appear on the major discount brokerage rankings now that this qualifying feature is in place.

On the horizon, however, their new marketplace may offer an integrated way to access advisors, or even robo-advisors, that have captured so much interest of late. All this while staying under the “Interactive Brokers” umbrella.

As the momentum with Interactive Brokers continues to pick up in the US, there is a strong chance that Canadians will start to hear and see them being talked about if not through commercials, then by the growing crowd of traders from the US and internationally who are clearly flocking to Interactive Brokers.

In this week’s discount brokerage tweets of the week, there were an assortment of vents, apologies and pointed remarks that make the world of DIY investing such a colourful one to follow.

As has been the case over the past several weeks, Questrade continues to be the most active on Twitter amongst the Canadian discount brokerages. Other online brokerages may be online, but as the tweets below show, few of them capture much attention other than when things go awry for clients.

When is a TFSA not a TFSA

From time to time there have been stories of fabled, almost mythological, balances of TFSAs. The news that the CRA is looking into a limited number of individuals’ “very high” TFSA balances is concerning to DIY investors on a number of levels. In this post from the reddit Personal Finance Canada section, a fascinating discussion of how these balances may have gotten so big and what the CRA may or may not be able to do highlights how important getting clarity on the rules about TFSAs are.

Breaking up is Easy to Do

For many Canadian investors, having a financial advisor is one way to help manage and navigate the complex world of investments and investment products. For the DIY investor crowd, however, there is very little love for the ‘typical’ financial advisory. In this post from the Canadian Money Forum, readers chime in on one individual’s question as to how to go about breaking things of with an advisor they’re just not that into.

An independent brokerage that advertises low commission prices or a big bank that kicked of the ‘fee-asco’ of falling commission rates. It’s a question many investors wrestle with. In this post from reddit’s personal finance Canada section, there was an interesting debate about the merits and drawbacks of picking one brokerage over the other.

That does it for this week’s roundup. Whether it’s Game of Thrones, the Stanley Cup or a frosty beverage on a patio (or all of the above), however the ice makes its way into your weekend, we hope it keeps you cool!

For those of us who hate to pay fees for seemingly small requests, this is an entertaining real-life example of some batman like drive and applied math in action to beat one airline’s administrative fees.