When the weather starts to get this nice, it’s harder to enjoy it from behind a desk or a window. Perhaps that was also to blame for the market sell-off going into the weekend. While folks across the country are probably looking forward to some grill time, many discount brokerages, on the other hand, would definitely welcome the break from getting grilled.

In this ‘nice weather’ edition of the roundup, we’ll take a look at one small brokerage that landed a rather big financial services partner in order to compete strategically with the bank-owned brokerages. Next we take a look at another Canadian discount brokerage who’s showing signs of winning with investors. Following that, we take a quick scan at the deals/promotions set to expire and then move on to the home stretch where we continue with our discount brokerage tweets of the week, investor education event horizon and close out with two very interesting forum threads.

Funds in the Sun

When you’re not the biggest online brokerage in the room, there’s a fair bit of creativity required in order to maneuver around the DIY investor market. One way in which to do this is to create strategic partnerships.

This past week, Qtrade Securities Inc. (which controls Qtrade Investor) announced that they’re partnering up with Sun Life Financial to enable Sun Life’s financial advisors to connect their clients to Qtrade’s investment advisors and/or to Qtrade Investor directly.

Last year, at just about the same time of year, Qtrade also announced a similar partnership with Great-West Life with a familiar strategy in mind.

As the battle between online brokerages for new clients and new client assets continues to intensify, so too does the cost of acquiring new clients. And, in a falling commission revenue environment, there’s definite pressure to innovate.

From a strategy perspective, getting clients from referrals (instead of having to spend lots of resources on marketing) is much more cost effective. This is something other smaller brokerages have turned to in order to compete with the bigger banks who can typically “cross sell” their customer base on an online brokerage account while visiting an ATM or bank website.

That said, bank-owned brokerages still command the lion’s share of online brokerage accounts in Canada. As the year progresses, it will be interesting to see what else firms like Qtrade will be up to in order to win attention away from larger and smaller competitors alike.

As was mentioned in last week’s roundup – there are some interesting signs of what Canadian discount brokerages are up to based on some of the activities observed online. This week we turn our attention to a popular online brokerage: Interactive Brokers Canada.

Although there was a fairly large response from investors to the news that Interactive Brokers Canada began accepting registered accounts, the initial buzz has appeared to have died down.

While it is difficult to speculate on just how many individuals have decided to open up either a TFSA and/or RRSP at Interactive Brokers, recent postings for additional customer and technical service support at the Interactive Brokers Canada offices in Montreal seems to suggest that extra hands might be required.

Even though hiring of client service reps aren’t that abnormal (RBC Direct Investing also posted for a client service rep this week), in IB Canada’s case, the headcount is generally kept pretty small. The relatively low headcount is why, according to recent reports, they averaged about $1.3M in revenue annually per employee.

In addition to the new staff it appears they’re also advertising their new account offerings online – something they typically haven’t done within the Canadian market.

With a very low cost structure to begin with, Interactive Brokers will naturally attract price sensitive investors. Putting these pieces together, however, suggests that their strategy to attract more attention by offering registered accounts and shoring up support might be paying off.

Heading into a new month means deals and promotions require a quick check-up.

After a busy first quarter of 2015, the deals and promotions from Canadian discount brokerages has slowed down in May. Our sources have suggested that several bank-owned brokerages have been working on promotions, however at this point nothing concrete has surfaced.

With that in mind, there was one extension to report on from Questrade which bumped back the deadline of their prepaid Visa card promotion to the end of this month. That brings the count to 2 of deals from Questrade that are timed to expire at the end of May. The other brokerage offer that is scheduled to expire at the end of May is from Scotia iTrade. Their landmark $500 AND 500 free trade promotion is one of the most aggressive they’ve ever put forward and it was timed specifically around the launch of their investor centre in downtown Toronto.

We’ll be keeping an eye out for anything that surfaces over the weekend and at the launch of the new month.

In this week’s edition of the tweets of the week, it’s clear once again to see how much activity to and from Questrade takes place on Twitter.

Questrade was busy fielding comments on topics from technology to features. Other brokerages were also on the ball when it came to keeping an ear out for folks interested in them – in particular RBC Direct Investing and Scotia iTrade. One interesting observation was from frustrated tweeters about Virtual Brokers’ customer service, both of whom remained unanswered as we went to publication.

Vancouver seems to be where it’s at this weekend. 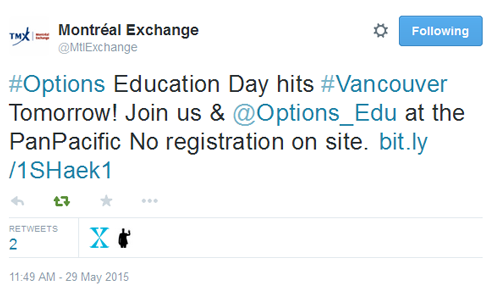 Also, the Canadian Investor Conference – also known as Canvest – will take place on Sunday and Monday. For more information or to register, click here. 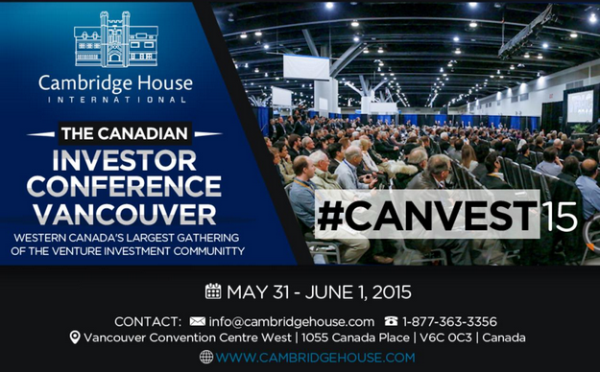 If there’s one thing that Questrade has appeared to do far more successfully than its online brokerage peers, it has been building “street cred” with Canadian investor forum users and on social media. Unlike on Twitter where individuals either rant (mostly) or rave about a brokerage, on the forums there are typically more complete conversations that include positive things to say about a brokerage. While character length may have something to do with it, the self-policing nature of forum communities generally means that different perspectives help form a more accurate version of what’s going on. In fact, there are often some relatively heated debates involving folks sticking up for their brokerage – something that has yet to appear on Twitter, at least for Canadian brokerages.

In this thread on reddit’s Personal Finance Canada thread, it was particularly interesting to see what individuals really liked or spoke out about regarding Questrade. Worth a read for those thinking about Questrade.

The Dividend Did It

Learning about the nitty gritty of what discount brokerages do is not something most brokerages telegraph well. After all, who’s got the time to explain how the whole thing works (assuming they know themselves!)? In this post from the financial wisdom forum, one user noticed a fluctuation in a limit order they placed that was cause for concern. This one is of particular interest to the dividend enthusiasts.

That’s a wrap for this week’s roundup. After spending a fair portion of the week wrestling with social media (#FirstWorldProblems) an interesting topic that ended up trending was #AdviceForYoungTraders. It was a fascinating thread filled with all kinds of interesting trader maxims. Of course, one of the most, um, concise, was from WWF Wrestling Superstar and often NSFW Iron Sheik (who doles out this ditty regularly):