In this week’s roundup we take a look at the new deals & promotions being offered by Canadian brokerages, one brokerage’s bold move to challenge a highly competitive industry as well as insights about the retail investor from one brokerage’s trading stats. Of course, we cap off the roundup with a look at the upcoming education events and a quick tour of the forums.

In with the old

With the start of a new month it’s time to take a look at the deals and promotions being offered by Canada’s discount brokerages. It looks like the theme coming into 2015 was to ‘stay the course’ for many brokerage offers. Of the 8 offers set to expire at the end of December, 5 were extended. In total there are 14 open offers however January could hold a surprise or three. Of the three offers set to expire this month, two are from BMO InvestorLine and one from Scotia iTrade. It should be interesting to see what the bank-owned giants do going into one of their busiest seasons.

The only brokerage to kick off January with a new offer is Questrade. They’ve introduced yet another offer into their promotional mix with a commission-rebate offer for 25 trades that can be used throughout 2015. Click the following link for a full breakdown of all of January’s discount brokerage deals.

Questrade stepping into the ETF game

In another interesting move by Questrade into the wealth management space, Questrade recently filed a preliminary prospectus for the launch of up to 6 new ETFs. According to the prospectus, the funds are based on several US based indices and hedged to Canadian dollars. Here is a list of the proposed funds and symbols (on the TSX):

Questrade’s diversification away from being strictly a discount brokerage has pitted them against a number of big players in the wealth management space, and this latest maneuver will definitely force them to compete in yet another exceptionally competitive space.

A quick peek into the trading metrics for Interactive Brokers’ December figures shows that they’re continuing to grow their customer base. New accounts are up 1% month over month but impressively 17% year over year, with the number of accounts standing at 281,000.   Interestingly, December was the weakest month out of the year for net new accounts. Trading activity in December was strong with 590,000 Daily Average Revenue Trades (DARTs), the second most active month after October in 2014.

For Canadian brokerages, an interesting data point that the Interactive Brokers shows is that retail interest in the markets continues to be strong (at least in the US). Also, Interactive Brokers is clearly a strong competitor for the highly prized active trader segment. It may have something to do with the fact that the average commission per equity trade was a mere $2.58 with an average order size of 1,968 shares.

Investor education events are ramping up again. Here is a list of the events coming up in the next week:

As the RRSP contribution deadline will become the focus over the next few weeks, the move by Interactive Brokers to offer Canadian registered accounts is likely to become increasingly discussed. The following post from Canadian Money Forum sums up the sentiment nicely.

Another consideration going into the RRSP season is which brokerage to consider. This post from RedFlagDeals offers a great perspective on some of the merits of brokerages currently on the minds of DIY investors.

That’s a wrap for this week’s roundup. Have a great weekend trying to stay dry or out of the snow/ice or whatever Mother Nature is throwing our way. In the meantime, here’s to a profitable New Year ahead! 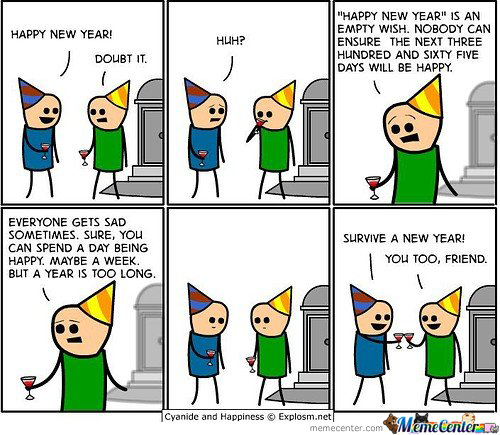