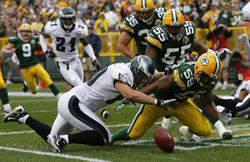 Leaves and temperatures aren’t the only things falling this time of year.  Apparently markets and commissions at Canada’s discount brokerages are dropping too.  Even though we’re barely into the fall and have just crossed into October, the battle for discount brokerage supremacy is back in full swing after a late summer lull.

For this week’s roundup we’ve raked in some of the most colourful stories starting with a big price drop from a bank-owned brokerage, a long awaited feature launch, a selection of hearty DIY investor-themed stories and interesting stats on retail investor trading activity from a US brokerage.  To close-out the roundup we’ll take a look at what investors were saying in the Canadian financial forums.

If a Commission Price Falls in the Woods…

It most certainly does make a sound.  This past week we reported that one of Canada’s bank-owned online brokerages, CIBC Investor’s Edge, may be lowering their standard commission rate to $6.95 for all clients regardless of trading volume or account size.  While the timing of the move is likely to come in the near future, internal sources suggest it could be announced as early as Monday.

Despite a price drop by RBC Direct Investing to kick-off the year, the latest price drop by CIBC Investor’s Edge takes the competition among discount brokerages to a whole new level.  By substantially beating the current standard commission prices (which are now just under $10 per trade) at most of their bank-owned peers (and some independent brokerages), Investor’s Edge is pushing the other brokerages to go all in on the pricing or step up substantially on service and platforms to justify the cost differential.

Even though there have been many dates thrown around for the launch of the long awaited US dollar registered accounts to be implemented at online brokerage giant TD Direct Investing, it appears that the date has finally been narrowed down to several weeks from now (possibly by the end of November).

Early reaction from DIY investors is a mixture of excitement and skepticism. Should it turn out to be “different this time” brokerages that have heavily advertised the USD registered accounts as a selling point (such as Questrade and Virtual Brokers) will have to go back to the drawing board to sway investors from the allure of bank-affiliated convenience and now lower fees.

This past week also saw several articles of interest to the DIY investor crowd come from the Globe and Mail.  The first was an excellent article by Rob Carrick on the tenuous connection between providing financial advice and the selling of financial products.  Carrick does a great job of articulating the challenges of navigating the financial advice landscape and how investors need to be both cautious and skeptical when seeking out financial counsel from an “advisor”.

In keeping with the advice theme, another article from the Globe and Mail on the use of social media, Facebook specifically, for investment advice could be risky for consumers as well as for providers.  We’ve taken a look at social media and investing information previously, however the conclusion is always largely the same: always be careful when taking investment advice from the internet.

Finally, the price war between brokerages also got a bit coverage on the heels of the Qtrade price drop last week.  In this article (available to Globe subscribers only), Qtrade’s CEO Scott Gibner provides a bit of context behind their latest move to try and get ahead of the big banks. Of course as CIBC Investor’s Edge may soon show, Qtrade’s wager may need some recalibration.

Starting a new month means that we reset the game clock on the deals activity across the Canadian discount brokerage landscape.  Coming into October the deals and promotions were relatively stable with Questrade shuffling a few deals out the door and bringing other in their place. One notable new entrant into the deals section was Credential Direct who is bringing back their ‘risk-free trial’ offer where they’ll cover the transfer fees (up to $150) for clients who want to switch over.  After 90 days if clients are not satisfied with the move, Credential Direct will waive their exit fee ($125).   Given their recent pricing drop, and that of their regional neighbour Qtrade, it should be interesting to see what other promotions start to emerge as Canada’s online brokerages try to get creative in attracting in new clientele.

Once again Interactive Brokers’ trading figures have been released and they show they’re grinding higher across a number of performance metrics.  Notably, they saw a substantial increase in the number of Daily Average Revenue Trades (DARTs) of 21% (year over year) and 17% (month over month). Trading tends to pick up with market volatility so the spike may be reflective of greater uncertainty with stocks.

Also of interest, the average commission per equity trade of $2.27 and order size of just under 2000 shares.  While not a straight apples-to-apples comparison, looking at the fact that earnings and account growth are positive at Interactive Brokers while commission pricing is very low makes a case for commission pricing continuing to fall here in Canada.

There was quite a bit of discount brokerage related commentary this past week across the Canadian investor forums.  Here is a sampler of some of the interesting posts that we saw pop up in several spots covering the same/similar topics.

This was definitely a big story given the size of TD’s market share of the discount brokerage market.  Here’s a list of several forum threads and the buzz already forming:

Reactions on the Canadian personal finance reddit page as well as the investing thread of Red Flag Deals were generally positive (who doesn’t like to save money?) to the news of a lowered standard commission fee.

There were a couple of forums that this announcement stirred up.  A particularly insightful thread on the financial wisdom forum is worth a look to see how seasoned investors’ view the latest move by this brokerage.  (There was also a reddit post here)

Phew. That does it for this week’s roundup.  While the week ended on a less flashy note than a George Clooney wedding, a busy week and a weekend always make for a perfect couple – too bad that romance doesn’t last longer. Fantasy sports fans good luck in your hockey drafts, and for non-fantasy sports players, find a way to make this a stunning weekend! 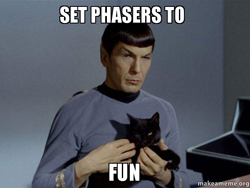