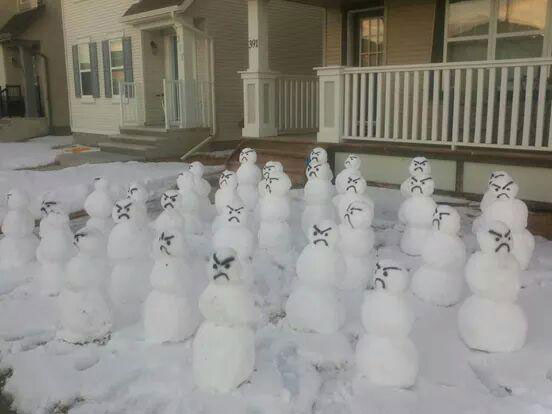 Spectacular northern lights thanks to solar flares, wild summer snowfall in Alberta and Apple being able to design a smart watch but not a smart map. It’s been a strange week to be sure. Equally strange – the silence from Canada’s discount brokerages through the month of September. It’s not often that there’s a quiet patch amongst the Canadian discount brokerages, however this past week that rare event came to pass. As the saying goes though, still waters run deep.

Even with the brokerages stepping out of the spotlight, there is still lots of activity going on amongst the brokerages which should surface this fall or in short order. In this week’s roundup, we’ll take a look at the ‘whispers’ of what’s coming from brokerages here in Canada including piecing together an interesting trend we see emerging. Following that, we’ll take a look at several DIY investor and online-brokerage focused news pieces that crossed the roundup radars this week. Finally we’ll wrap up this week’s roundup with some insightful conversations about online brokerages from the Canadian investor forums.

Things are Quiet, Too Quiet…

The ominous cliché of something about to happen appropriately captures the state of affairs in the Canadian online brokerage landscape. While this past week did not see any major announcements, feature releases or big promotions, Canadian discount brokerages are still hard at work planning some interesting and splashy products to be rolled out in the very near future. While we can’t yet reveal specifics, here’s what we’ve heard is (and seen to be) around the corner from several different brokerages:

Equally interesting is the recent blip in the hiring of client service representatives at Canadian brokerages. What specifically caught our eye were recent and coinciding job postings by RBC Direct Investing, Scotia iTrade and BMO InvestorLine. Most interestingly, Questrade is currently shopping for 10 client service reps to join their team (according to their careers website).

Hiring for front line service reps is always on the minds of online brokerages however given the shift in the competitive dynamics on commission pricing, service is going to play a much more prominent role in the customer experience and so building bench strength in this area will be increasingly important.

The kinds of positions Canadian online brokerages are seeking to fill are suggestive of the trends in their business as well as the direction that consumer demand and competition are pushing. The focal point appears to go beyond pricing and is starting to center on client experience – from customer service through to website and platform interaction.

For online investors, this should be an exciting fall season. Stay tuned as we continue to track this trend and how it unfolds.

To DIY or not to DIY

This past week also saw a couple of interesting DIY-focused articles get published in the Globe and Mail.

The first article, by personal finance writer Gail Bebee, tackles the question of whether or not DIY investing is right for everyone by exploring some of the advantages and disadvantages of going the DIY route.

Among the advantages to DIY investing mentioned were greater control, lower fees and the potential for better returns. Some of the cautions raised included the amount of time to learn the ropes, excessive trading and improper asset allocation. It’s worth a read especially for those at the beginning stages of their investing journey.

A second article (available via subscription only) related to DIY investors came from Rob Carrick, also a personal finance columnist with a particular specialty in the online brokerage segment.

As a lead up to his annual online brokerage rankings, the article discusses the new reality of sub-$10 per trade commissions for many Canadian brokerages.

What seems to stand out in the piece is that brokerages will be categorized (and scored) in his upcoming rankings on the basis of whether they offer sub-$10 trading commissions as a standard price or not. Two brokerages in particular, Scotia iTrade and CIBC Investor’s Edge, were highlighted as trailing the pack of their bank-owned peers when it comes to reducing standard pricing.

According to Carrick “brokers offering low commissions on a flat, no-questions-asked basis will have a decided advantage. Sub-$10 stock trades are the new reality in online investing, even if some firms haven’t quite accepted it yet.“

This Spud’s For You

Regular readers of the roundup or of investor forums have invariably come across questions about the Canadian Couch Potato. In this post from Reddit’s Personal Finance Canada thread, one reader asks which online brokerage is best for the Couch Potato approach. The ensuing conversation about particular brokerages is worth checking out if you’re considering the strategy.

Staying on the theme of customer service becoming increasingly important for brokerages to ‘get right’, these next two threads, both from Red Flag Deals’ investing forum, are interesting to compare side by side. In the first thread, a reader appears to be less than pleased with the service interactions with Virtual Brokers and queries whether other users are feeling the same. Handily enough, another post from a different reader on other side the bank-owned brokerage side of the fence (TD Direct Investing) also felt the service was less than stellar and was contemplating a change. It’s serendipitous but also a reminder that the size of the brokerage doesn’t render you immune from customer service bumps.

It’s hard to believe that another week has come and gone. Of course if you’re feeling like your estimates of time may be a bit generous, the following cartoon might mean you’ve got a promising future as an analyst (just ask followers of LULU). Have a better-than-you-expect weekend!