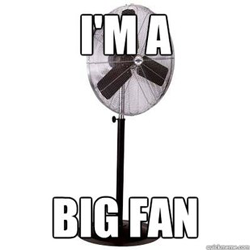 The Stanley Cup, the NBA Finals and the kickoff of the World Cup – between any or all of these major events it’s hard not to think about all of the fierce competition going on. Of course competition can bring out the best and sometimes the worst in the athletes. Online brokerages also know a thing or two about the heat of competition – sometimes driving innovation for the better and other times pushing things into a bit of a grey zone in the benefits department.

In this week’s roundup the Canadian online brokerage space saw a major feature release from one player. Across the border, however, this past week provided a glimpse into the darker side of innovation in the investment industry – something that is also being debated (albeit more politely) here in Canada. Of course this week wouldn’t be complete without a venture into the ongoing debate between investors from the forums.

If You Like It, Then Put a Bracket On It

Earlier this week, Questrade announced a big feature release as part of its latest set of trading platform feature upgrades. New with this release: bracket orders. For loyal readers of the roundup, we had announced the mention of this feature last month, however the official launch came this week, complete with a news release and video tour.

Active traders in particular will take note of these order types as placing conditions on an order enables (in theory) more efficient order entry planning. That said, Questrade isn’t the only brokerage that offers these features – both TD Direct Investing (on certain platforms) and Interactive Brokers also offer these. We have also caught wind of several other brokerages also actively working to implement these order types for their clients however like this competition inspired version of the roundup has shown us, clients may not want to go without for too long – especially the active trader types.

Ghost in the Machine

The US discount brokerages look like they’ve had a rough week and next week may be a little rougher. One of the bigger stories unfolding is the increasing scrutiny being placed on the brokerages for payment for order flow.

This past week, one of the largest US discount brokerages, TD Ameritrade, decided to start disclosing exactly how much of its revenue it derives from selling order flow – and the amount was a staggering $236 million from fiscal year 2013. Just who paid that amount? Mostly large high frequency trading firms/units that were able to capture incremental gains from many of those orders. TD Ameritrade wasn’t the only one to start disclosing this information though, E*trade and Schwab also revealed some of their figures related to payment for order flow.

At the heart of the discontent is not so much that brokerages made the money, but that fairness and transparency may have been compromised. Like the competitions referenced in this week’s roundup, sometimes the drive to compete crosses into a gray zone – which is where the order flow issues reside. In Canada, there is an analogous debate going on with regards to fairness for order flow – specifically known as the “order protection rule” or OPR.

Before the summer months are over, there is likely to be much more debate on both sides of the border. For retail investors, however the decisions may end up impacting how brokerages earn some of their revenues, which may in turn, impact retail trading costs.

Another interesting data point out of the US trading market also comes courtesy of TD Ameritrade – specifically in their trading volumes. Earlier this month Interactive Brokers reported their trading figures were lower for May and it looks like TD Ameritrade also pulled back about 15% month over month and about 8% year over year. While trading volumes are still strong on a relative basis, it is still interesting to wonder whether ‘complacency’ is setting in (and showing that sometimes too much of a good thing is not a good thing).

In this forum post from RedFlagDeals.com, the debate on ultra-low trading costs pits two perennial competitors – Virtual Brokers and Questrade – against one another. Hear how the community provides their two-cents to the question of penny trading and whether it makes sense.

Staying within the RedFlagDeals forum, another interesting thread illustrating why it’s important to read through and understand the terms of opening an online brokerage account. Although it was started quite some time ago, it’s a great illustration of folks running into some of the same situations and how the community helped provide a little clarity. Ironically, brackets (of the literal kind) also make an appearance in this post too.

That does it for this week’s roundup. Whether you’re glued to the TV screen or you’re putting on sun screen, have a fantastic weekend and remember to say thanks to dad! (For those stuck for an idea, here are some awesome bbq’s to get you inspired.)