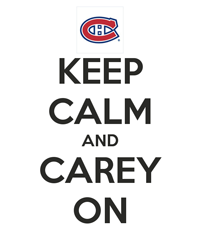 The bears just can’t seem to catch a break this week. Even the Boston Bruins now know what it feels like to be on the wrong side of a hot Price. As a jumping off point to this week’s roundup, the intensity that comes with fierce rivalry is a reminder that discount brokerages & investors had better be prepared to play to win. Champions, challengers, currencies and commitment – this week we’ve got’em all.

In this week’s roundup, we take a look at a very interesting interview with one of the largest discount brokerages in North America. Next, we highlight how one of Canada’s independent brokerages looks like they’re trying something different within the deals & promotions arena. Following that, we pass along some important cautionary advice from a major Canadian securities regulator about virtual currencies. Finally, we end this pre-long weekend edition of the roundup with some interesting reading suggestions from the forums.

Online Trading According to Interactive Brokers

It’s one thing to compete as an investor, but it’s an entirely different thing to be able to be profitable at it.

This past week a very compelling interview of the CEO and founder of Interactive Brokers, Thomas Peterffy, was published by the Motley Fool. In that interview there were a number of interesting comments made by Peterffy regarding what it takes to compete in the discount brokerage industry and the commitment Interactive Brokers has taken to controlling costs through automation.

Among the many revealing statements was one regarding their business the core metrics they monitor: the number of new accounts, the amount of new assets and the margin loans. The fact that Interactive Brokers is geared towards “sophisticated” investors means that when they connect with their target client (or vice versa), trading activity is almost a given. Also revealing was the statement that Interactive Brokers doesn’t appear interested in growing their business by competing outside of their comfort zone (for now) – something bigger bank-owned brokerages may be content to know.

Welcome to the Jungle

Eat or be eaten is the law of the jungle. In the discount brokerage deals & promotions space, Questrade stands out amongst other brokerages because of the frequency with which it provides incentives for opening a trading account. This week was no exception as Questrade announced a promotion in which individuals who open an account (with a $5,000 deposit) and make at least one commissionable trade will receive a $50 Amazon gift card.

While other brokerages have, in recent memory, been willing to try something different (such as AirMiles), pairing a gift card from Amazon is an interesting move. The $50 mark is something that BMO InvestorLine is also pushing as part of their most recent promotional campaign (along with 50 free trades).

Although it hasn’t been making as many headlines as it was earlier in the year, Bitcoins have been getting a lot of interest from regulatory agencies all across the globe. As a cautionary tale to investors and those considering using Bitcoins, the British Columbia Securities Commission (BCSC) InvestRight posted this article on their blog regarding the popular digital currency.

The journey from novice to expert is something that every investor undertakes. Knowing where or how to begin is an ongoing challenge and so this week we chose to show both ends of the spectrum. From the humble beginnings to the world experts.

There’s nothing quite like kicking it back to the ‘old school’ way of investing to realize that much of what was true then is true now. It’s also quite a trip to see old film reel streamed from the web. Check out the video posted on our Facebook page.

Learning How to Invest

The personal finance section of Reddit once again provided some interesting conversation threads for self-directed investors. In this thread, a beginner investor in university looking to get started with investing reaches out to the reddit community to see how they went about learning how to invest.

The investing world has no shortage of personalities and opinions. One of the most interesting voices in the mix is Kyle Bass, who is rarely at a loss for words or a bearish outlook on Japan. This video comes courtesy of a post on Canadian Money Forum and certainly kicked up a storm of debate given that Canada has now gotten in his cross-hairs. Be warned though, there is quite a lot of material to follow along on.

That’s a wrap for this week’s roundup. Remember that Canadian markets will be closed on Monday for the Victoria Day long weekend but the US markets will still be alive and kicking. Have a safe & enjoyable weekend!