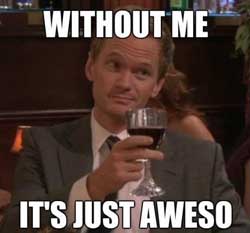 If the acronym HIMYM means something to you, then you know this past week was a drama filled one on screens across the globe. It’s hard to imagine more drama than the HIMYM ending, however that was certainly the case across the screens of traders as the debate on high frequency trading has taken a very public turn, implicating online brokerages, exchanges and crazy computers.

In this week’s roundup there is a full dance card. We take a look at another major Canadian online brokerage that has connected to the Canadian Securities Exchange, the new set of deals that have come along with the beginning of April, trading volumes from a major US brokerage, a major online trading story rattling investors’ nerves north and south of the border and finally, some interesting views from the Canadian investor forums.

Although Scotia iTrade had telegraphed earlier in March that they would be enabling online trading with the Canadian Securities Exchange (CSE), a formal announcement was made this past week from the CSE and Scotia iTrade.  For self-directed investors, the move means that it is becoming easier to access trading on this increasingly popular exchange. To learn more about which major online brokerages offer online trading access to the CSE listed stocks, click here.

With the month comes a new set of promotions and deals from Canadian online brokerages. The current deals section showcases two of the major offers that were announced in March by TD Direct Investing as well as Desjardins Online Brokerage respectively. Even though there were many deals that expired at the end of March, it is likely that additional offers will be coming from several brokerages looking to get the attention of self-directed investors in the market for a new trading account.

In addition to the list of offers, there is a contest that was announced by Questrade earlier this week focusing on Spring Cleaning one’s portfolio. They will be giving away prizes of 5 free trades per week as well as a grand prize of 10 free trades to one lucky winner. To qualify, individuals must post on the Questrade forum or Facebook page, or write a tweet to @Questrade with #SpringCleaning in the message. For full contest details, click here.

Interactive Brokers released their monthly trading statistics from March of 2014. On a year-over-year basis, the latest figures paint an improving picture across key metrics such as daily average revenue trades (DARTs), new accounts and margin loan balances.  When compared on a month-over-month basis, however, the figures are about the same as the previous quarter.

While it is too early to tell what this plateau means, it certainly is an interesting development because the growth rate in retail investor participation may be tapering.

HFT Coming to a Flashpoint

Slowing momentum in retail investor is one thing however a loss of confidence from investors is something completely different.

While the story of whether high frequency trading is harmful to markets or helpful has been playing out over the past few years, it seems that the story has taken a recent twist. Specifically, recent publicity from 60 minutes and media coverage of the book “Flash Boys” by Michael Lewis has touched off a firestorm of scrutiny and renewed the debate on whether or not HFT should be curbed altogether.

Many online brokerages in the US were caught in this crossfire, with the publicly traded ones suffering some early selling pressure of their stocks on the speculation that their participation in paid order flow will either end or be curbed.  Even major trading exchanges, such as BATS, have been caught in the fray.

The story continued to pick up steam as Interactive Brokers announced that they would be connecting to the ‘HFT free’ exchange IEX, started by one of the individuals who blew the cover off HFT practices, Brad Katsuyama.  Within Canada, the promise of an “HFT free” exchange has been taken up by Aequitas Innovations.

The debate on HFT and paid order flow is far from over. With the recent revival of interest and major publicity, it is a safe bet that major Canadian brokerages and market participants will be looking at how to position themselves on the issues of paid order flow and HFT. Stay tuned as this will be exciting to follow.

The debate around HFT was not only played out in the media but also on many threads on the Canadian Investing forums. Here is a list of a few very interesting conversations that took place on high frequency trading:

Financial Wisdom Forum: Proof of Front Running and How to Prevent it

Tweed Goes Up In Smoke

Every now and then a really instructive moment comes along about how ‘reliable’ online trading can sometimes not be. In an interesting story, a company named ‘Tweed’ that is linked to medical marijuana, had more than a few trading hiccups as it debuted trading.

The following posts highlight some of the frustrations experienced by discount brokerage clients that couldn’t access the early trading. Interestingly, this is one of those times where being shut out by the trading gods actually works out for the best.

That does it for this week’s roundup. For those Game of Throne’s fans that do not manage to catch the premiere, it will be an epic adventure to avoid any spoilers! Good Luck!