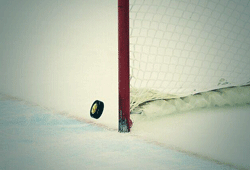 This past week in the Canadian discount brokerage space seemed about as quiet as the US Women’s Olympic hockey team dressing room after that most spectacular win by Team Canada.   The silence on the brokerage front, however, is likely indicative of the planning and ‘strategizing’ by marketing and product teams as the battle for brokerage supremacy heats up.  In fact, there are whispers around the discount brokerage industry are that there will be additional deals and price drops in the very near future. For the present though, this roundup will take a look at the next brokerage to join the sub-$10 per trade club , the results of an interesting survey about RRSPs as well as a selection of interesting conversations from across the Canadian investor forums.

If a Commission Drops in the Forest…

This past week National Bank Direct Brokerage became the fourth bank-owned brokerage to drop its standard commission fee to under $10. Interestingly the response on either forums or social media didn’t generate much interest.  On our end, however, we did ensure that NBDB’s pricing drop did not go unnoticed. Today we launched part 1 of the two part series looking at all of the bank-owned online brokerages’ recent commission lowering moves, including National Bank’s.

In addition to their commission announcement, National Bank Direct Brokerage also announced the results of a survey that looked at opinions of Quebec internet users 18 and older regarding RRSP contributions.  The findings of the study were interesting in terms of the amounts that individuals disclosed they thought would need as a minimum in order to contribute to their RRSPs.  According to the survey the average contribution amount turned out to be $2750 suggesting that individuals may have a preference for contributing lump-sum amounts versus making smaller, regular contributions.

Coincidentally, with the latest commission price drops, at least two bank-owned brokerages (TD Direct Investing and RBC Direct Investing) have made pre-authorized contributions to an account or having an RRSP account part of the criteria that can help those with modest or small portfolio balances not incur quarterly maintenance/account fees.

As we edge closer to the RRSP contribution deadline for 2013, the conversations around the forums are definitely starting to reflect both tax and RRSP type of questions.  Of course, some folks are already anticipating what to do with their income tax refunds by getting prepared to invest and so online trading account questions are also popping up.  This week there’s a couple of interesting posts that reflect some of the nitty gritty that DIY investors typically encounter when investing online.

For Whom the Border Tolls

The Olympic spirit may be all about bringing different countries together, but investing in stocks from different countries can cause all kinds of ‘quirky’ issues.  The following post from Canadian Money Forum details the woes of holding American Depository Receipts (ADRs) (i.e. shares in foreign company) and the coordination of dividends that come from them.

In the following post, a forum user has to figure out what to do with all the money they’ve made in a margin account. Oh, it sounds like a tough life.  For investors, however, when things do go the right way there are important tax considerations that fellow forum members provide some perspective on.  Of course, nothing beats the advice of a qualified accounting professional in these cases.

That wraps things up for this week.  The Olympics are coming to an end next week and it looks like Canada’s done a smashing job.  Congratulations to all of the Canadian athletes and good luck to the men’s hockey team as they face-off against the Swedes.  Also, February is officially coming to an end next week so be sure to check the deals and promos section to see which deals are also going to wrap up.   Have a great weekend and #GoCanadaGo!