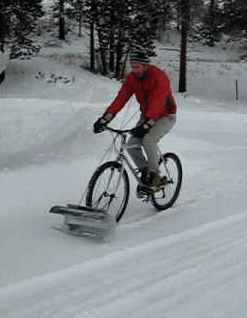 This week Canadians learned that for some of us, getting letters to and from the North Pole may get harder and also more expensive now that Canada Post may cut back on mail deliveries. Not to fear though, SparxTrading is still delivering the best roundup of Canada’s discount brokerage related news, rain or shine, snow or sleet (which basically describes Vancouver weather this past week!).

In this week’s roundup it looks like most of Canada’s discount brokerages are gearing down although one firm might be starting to gear up for some changes in 2014.  The forums were much livelier now that year-end is approaching.  Several threads covering foreign exchange, margin accounts and trying to invest via a corporation make up this week’s offering.

The Conditions are Right

The deals section of SparxTrading got a little update thanks to Scotia iTrade updating the terms and conditions of their 100 commission-free trade offer. They’ve extended the deadline for the offer out until March 2014. While this deal looks like it’s here for a while, there are several others that are set to expire soon (including the TD Direct Investing offer ending on December 20th). Check the discount broker deals section for more information on the new deadlines and the deals set to expire this month.

Credential Direct is hoping to find out more about what online investors are thinking by running an online investor survey.  To help make things more interesting, they are offering those who complete the survey a chance to win a Macbook Air.

This past week there was lots of activity around the various Canadian investing forums.  This week’s roundup features 3 posts that are particularly relevant for do-it-yourself investors.

For those unfamiliar with Norbert’s Gambit or what it is used for, the following post illustrates this maneuver being used to reduce foreign exchange fees at RBC Direct Investing.

What does buying power actually mean in a margin account? Can users access margin funds via withdrawal? In this post from Canadian Money Forum, a user named “Skye” as well as the other forum members try to get to the bottom of why there was a difference between the cash withdrawal limit and the buying power in Skye’s Scotia iTrade account.

Investing via a Corporation

Taxes and investing/trading can be complicated. Doing so from within a corporation can be even more complicated. In this forum thread, the idea and possible advantages or disadvantages of investing from within a corporation are debated.  Given that there are so many moving parts from a tax and accounting perspective, ultimately it is important for individuals to consult their accountant (at least) to properly understand the possible benefits and costs. Nevertheless, there are some interesting points that get raised here.

That’s all for this week.  With 12 shopping days left until Christmas, good luck to those of you who still have lists of people to buy gifts for.  As a special treat – we’ve put together 12 days of investor tips that we’ll be counting down each day starting today.