Standard rates apply if you have less than $50 000 in combined Scotia iTrade assets or trade less than 30x per quarter.

Tough break for the buy & holders just getting started. As an alternative to trading individual company stocks though, there is the choice to trade commission free with certain ETFs.

As of the time of writing this post(April 6th 2012), Scotia iTrade has not updated their website, however this notice (see picture) was sent to clients in March 2012. 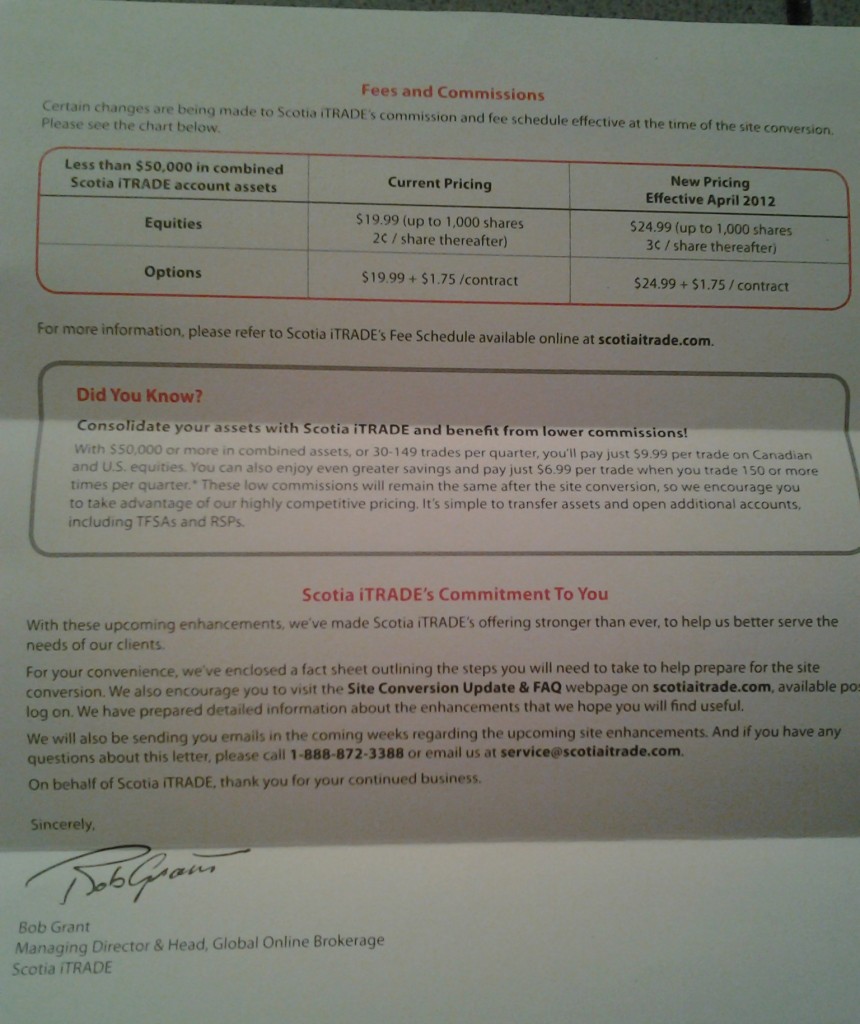