The week wasn’t the only thing that was short for Canadian DIY investors. After what seems to have been a pretty steady upward run for the better part of the year, the “fall” season presented a stark reminder that markets can turn quickly. For this week at least, volatility is back however that isn’t the only excitement going on in the markets – as it turns out, there has been lots of activity in the US (not including rappers showing up at the White House) which collectively signal a different kind of step change in the pace at which online brokerages will have to be ready to change.

With last week offering a little extra on the roundup menu, we thought we’d balance things out with a focus on some of the many stories we haven’t yet had a chance to cover, specifically with respect to what’s happening in the US online brokerage space. So, in this edition of the roundup, we’re taking a look at what the many recent feature launches at US online brokerages signal for online investors and the industry as a whole. From there we’ll hear from DIY investors on Twitter and close out with interesting chatter from the investor forums.

Innovation in the USA

As any good student of charts or trends knows, there are times when it pays to step back to a longer time frame to put things into perspective.

This past week, volatility – and in particular stock price plunges – took centre stage. Steep declines in short order are understandably concerning but it takes stepping back to longer term trends to really appreciate whether this appears to be the confirmation of a new trend or simply a healthy pause of a continuing one.

For the past several weeks, in spite of all of the stories we have reported on in the weekly roundup, there have been a number of developments which haven’t been published or focused on to a significant degree.

In particular, there have been numerous interesting stories relating to US-based online brokerages such as TD Ameritrade, E-trade Financial, Schwab and Robinhood which have been eclipsed by developments in the Canadian online brokerage space.

The collective picture from many of these developments in the US online brokerage space point to a heated arms race to innovate which is almost certainly going to inspire and influence Canadian online brokers to accelerate their own pace of innovation (even if it will lag what’s happening in the US).

Enough of the vagaries, here are some of the details.

One of the first things that leapt out of the news cycle came from TD Ameritrade announcing earlier this month the launch of an AI-driven investor education content engine. The “Content Intelligence Platform” is intended to provide an even more optimized experience to clients for investor education.

Pairing the power of AI with investor education, however, is definitely next level stuff. To be fair, AI-driven investor education sounds cool but without actually seeing what’s under the hood and how the content optimization experience works, it remains to be seen how impactful the technology is. At the same time, they were announcing AI-driven investor education content, there was also news that TD Ameritrade invested in a cryptocurrency spot and futures exchange called ErisX. Other firms investing in the exchange include Virtu Financial and Cboe Global Markets (as well as half-a-dozen other rather notable names) with the goal of eliminating the barriers to institutional adoption of digital asset trading within a trusted, regulated ecosystem. In a nutshell, TD Ameritrade is making some big bets on frontier technologies in hopes of being future-ready.

Also crossing the news radar this past week was the announcement by online brokerage Robinhood that they moved trade clearing in house (which is not that uncommon) but did so by building their own clearing system from scratch – and within two years – while doing everything else they have been doing (including prepping for an IPO).

Oh, and to boot, as part of their prep to go public (did we mention they’re prepping to go public), Robinhood has been sharing all kinds of interesting information including the fact that they added 1 million users between May and July of this year, effectively doubling in size of accounts to where they were last year and now sitting at 6 million accounts. Another nugget they shared – they plan to look like a full services consumer finance company in the “next couple of years.” 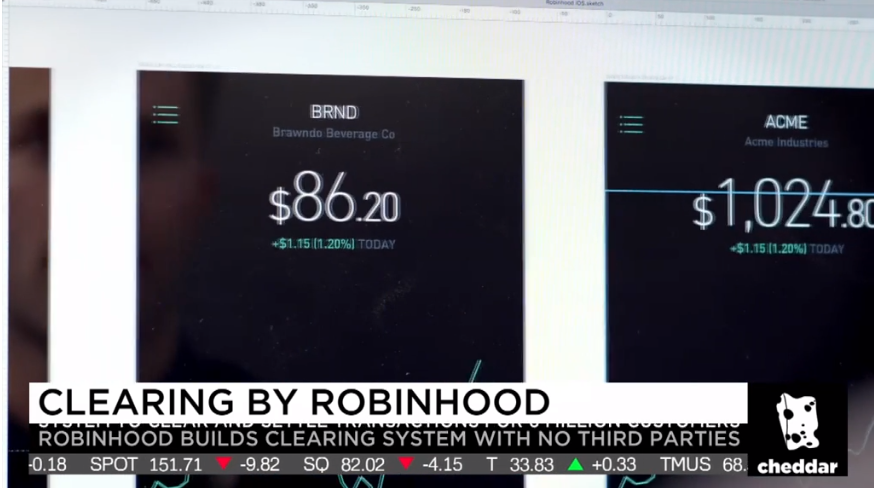 At Interactive Brokers, things have been equally as busy. Their move away from being listed on Nasdaq to join the startup IEX has been reaping dividends in terms of media exposure. They took the risk of being first and are being summarily rewarded for doing so (at least for now).

On top of that, however, they have also sponsored the new state-of-the-art Bloomberg broadcast studio in the heart of Bloomberg’s New York headquarters. And, just to keep things even more interesting, Interactive Brokers announced this week that they are opening up a portfolio management tool called PortfolioAnalyst free to the general public. That’s correct, a portfolio tracker freely available to the public is not something new but after Google finance dropped this feature there’s clearly a demand for something well-built to keep track of one’s portfolio (and get stock quotes + news). With the experience and technology stack Interactive Brokers brings with it for investors, PortfolioAnalyst will and should give rival brokerages a reason to be concerned; this kind of a tool for Interactive Brokers moves them further forward into the being able to provide ‘traditional’ banking-style services to their clients (sound familiar?). 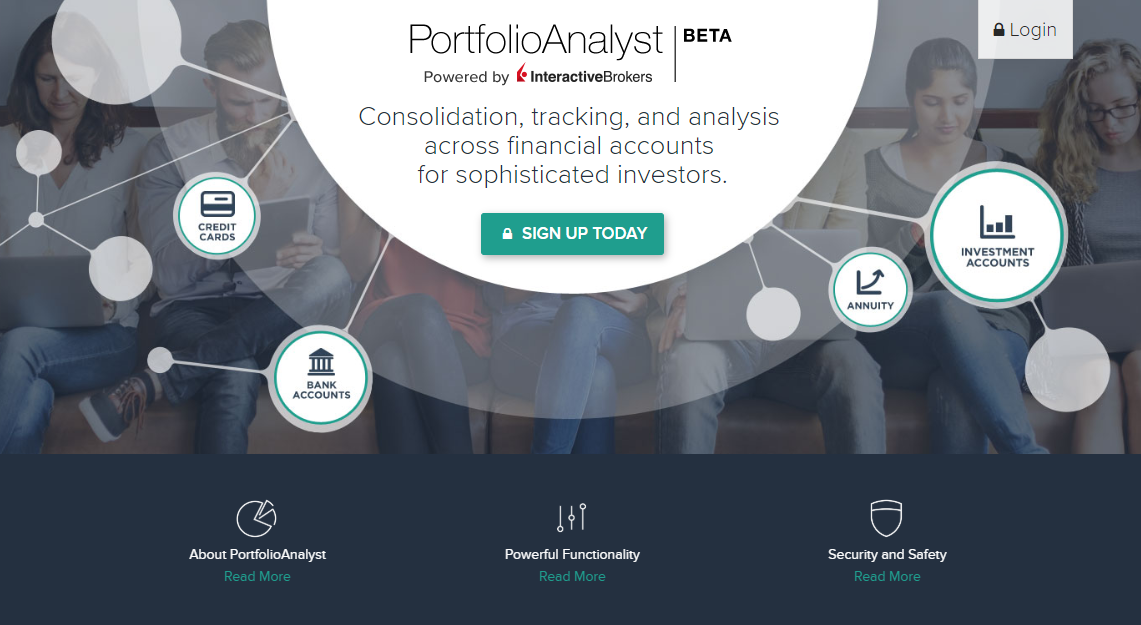 For context, at the time of publishing, we’re still not two-weeks into October.

So, while each of these developments probably merits its own story, taken together, the timing, nature and number of these new features, services, technologies and developments across the brokerage industry in such a small span of time point to something far greater than turbulence.

This activity has the signature of an industry that is in transition and who understand that the next waves of opportunities will require being able to connect with millennial investors in a meaningful and significant way. Part of the future path will undoubtedly require content and design-driven thinking. More substantially, however, survival for online brokerages depends on technological capability and creative foresight. With so much going on in the news, it’s going to be increasingly more difficult for online brokerages on both sides of the border to make a splash. Instead, brokerages are going to or at least should try to, invest heavily (if possible) in delighting their users with great design.

When seeking financial advice, it can sometimes be hard to listen to the professionals, especially when it’s tempting to go in the opposite direction. One investor turned to a forum and was reflecting on their decision on a growth strategy for their RRSP and the ratio of certain mutual funds to bonds. Read what the forums’ verdict was here.

They say there is safety in numbers, which likely prompted one newcomer to turn to the Personal Finance Canada subreddit for some advice. After maxing out their TFSA and RRSP they were looking to take the plunge into a taxable account, but the question of “how much is too much?” was a tricky one to answer. See what others had to say here.

That does it for another wild week. From incredible rocket launches to incredulous UFC fights to the double black diamond drop off on the charts this week, perhaps legalization of marijuana can’t quite come soon enough. On the plus side, Halloween is just around the corner so anyone looking for a costume idea (market sell off?) or little bags to cure the munchies is in luck. Have a great weekend!