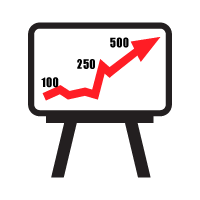 Aside from the headline grabbing numbers, what arguably makes Scotia iTrade’s most recent deal interesting to highlight is its timing, scope and what it signals to the other discount brokerage players on the field. The message Scotia iTrade seems to be sending to the other players: get ready to play hard ball.

While the top tier offer is going to raise eyebrows, the other two offer tiers directly challenge offers from both bank-owned brokerages, such as BMO InvestorLine and independent brokerages such as Questrade.

For much of 2014, the big story amongst Canadian brokerages has been the dropping of the standard commission rate by RBC Direct Investing. Interestingly, although several of their bank-owned brokerage peers quickly followed suit, Scotia iTrade elected not to lower its standard commission fee per trade (which currently sits at a minimum of $24.99 per trade) for those with balances under $50,000.

Instead of lowering their standard commission-price, Scotia iTrade has chosen to look at other strategies to enhance the value of their offering. These moves include lowering their commissions for their most active traders (defined as those who make 150 or more trades per quarter) from $6.99 to $4.99, promoting their ‘loyalty’ program Scotia iClub and widening the eligibility threshold of what it takes to qualify for preferred pricing ($9.99 per trade).

Against this backdrop, the deal currently being offered makes sense with Scotia iTrade’s current strategy of trying to improve the value to clients with higher assets or who are more valuable to the business (such as highly active traders).

While the strategy of not lowering their standard commission fee appears in line with their other moves so far, what is particularly interesting is how this has been received by consumers and industry observers. As we mentioned in our weekly roundup from September 12th, Rob Carrick from the Globe and Mail has made it clear that Scotia iTrade’s performance in this year’s online brokerage rankings will likely be weaker because they are not competing on price (both amount and simplicity) with most of the other Canadian discount brokerages. Also, the latest results from the 2014 JD Power Investor Satisfaction Survey put Scotia iTrade second-to-last, signaling that they are falling behind their peers in terms of client satisfaction.

Thus, the choice by Scotia iTrade to keep their standard pricing intact means they’re going to have to get creative at challenging their competitors, especially for the segment of clients with less than $50,000 in assets.

So, what does this latest deal mean for Scotia iTrade’s potential clients and competitors?

First, it will certainly succeed in getting everybody’s attention. Whether it’s 500, 250 or 100 free trades, Scotia iTrade is trying to wave a big flag on value. Interestingly, they’ve also signed on as sponsors for the World Money Show and co-sponsored Larry Berman’s cross-Canada education tour all of which are taking place this Fall. In order to compete with and perhaps get ahead of the Globe and Mail discount brokerage rankings, Scotia iTrade looks like they’re ramping up their own marketing efforts in a big way.

Second, Scotia iTrade is definitely positioning itself to compete for clients with larger assets. Whether someone will actually pony up $500,000 for $500 or that large number of trades is hard to predict, however landing just one of those clients would represent 10 to 100 times the value of clients being sought after by other brokerages’ incentives. On Scotia iTrade’s part this offer is also strategic in that there are no other advertised offers for clients with this level of assets (other brokerages do have offers for higher portfolio amounts but they aren’t advertising them as widely). As such, Scotia iTrade has created the field for this asset level and now is the only player on it.

Finally, Scotia iTrade’s offer dwarfs the only other advertised offer from a bank-owned online brokerage.

Currently, BMO InvestorLine is the only other bank-owned brokerage that is advertising a promotion for deposits of $100,000 or more. Its offer of 25 commission-free trades or $250 cash back has been topped substantially by Scotia iTrade which is offering 250 free trades or $250 cash back for the same deposit ($100,000). In addition to offering 10 times as many trades, the window of time to use those trades is three times as long (180 days for the iTrade offer vs 50 days for BMO InvestorLine).

Online brokerages such as Desjardins Online Brokerage and Questrade are offering comparable deals to the lower tiers of Scotia iTrade’s offer but at a lower deposit level. More details on these promotions can be found at our discount brokerage deals and promotions section here.

On several levels, the timing and scope of Scotia iTrade’s latest offer is an interesting play for investors and competitors alike.

While finding a high value client who would be actively investing/trading to use up the 500 trades would be a great catch for iTrade, it seems that they’re banking on the deal to generate interest and buzz and hopefully people through the online door.

As they head into the Globe and Mail discount brokerage rankings for this year, Scotia iTrade is ramping up its visibility and hoping that, in spite of their higher pricing, investors will look to them for value in the form of promotions and services. With Scotia iTrade pushing this hard, it’s now going to be up to their competitors to decide which brokerage is going to be viewed as second-best.