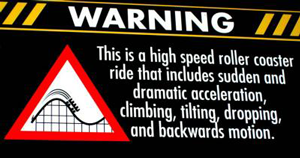 What a difference a day makes. Yesterday was July and the markets were floating near all-time highs today it’s August those gains are gone. While that might not seem newsworthy, when it comes to trading/investing it’s often the simple lessons rather than the ‘news’ that make the difference. Learning how to stomach volatility (ironically as this edition of the roundup is being written while descending through some stomach churning turbulence) is part of the growth and development for every investor. Unfortunately, knowing that doesn’t quite make the experience any less unpleasant.

A new month means another round of updates to toss onto the grill. This month, there are 13 deals being offered by Canadian online brokerages as of the beginning of August.

The newest deal is a cash back + commission rebate offer from BMO InvestorLine which definitely raises the stakes for other brokerages – especially at the $100,000 deposit level where BMO InvestorLine currently sits unchallenged. Click the following link to view August’s deals and promotions.

Although they don’t often make it into the roundup, this past week we spotted the new website front-end of HSBC InvestDirect. Their new website has a few touchups, most notably they’ve dropped the drop-down menus talking about the features of their accounts and replaced them with some short summaries. Also, they’ve added in a big section on why to choose HSBC InvestDirect at the top of the website. HSBC InvestDirect received some fairly negative feedback from the last Globe and Mail discount brokerage reviews. With this latest set of changes the site looks and feels easier to navigate however, that’s a fairly subjective metric and so it will be interesting to see if or how that impacts the feedback they get.

The Next Big Winner contest sponsored by National Bank Direct Brokerage and Horizons ETFs Management announced their winner this past week. Top prize of $7500 went to Lanette Lam (from Vancouver, British Columbia) thanks in large part to a long and leveraged play on gold using Horizons BetaPro S&P/TSX Global Gold Bull Plus ETF (“HGU”). Ms Lam’s cumulative performance over the six week competition worked out to be just shy of 18%. The next runner up (Nandanie Ojha of Mississauga, Ontario) managed to land an impressive 15.5% return which was good enough to snag the $2,500 prize. An interesting side note of this competition is the ‘gender’ spin. Of the 1024 participants, 17% were women and both the winner and runner up were also women. Also, of the 6 weekly prizes that were awarded, 4 of them went to women. While the combination of timing and picking the right spot have a lot to do with success in the markets, it’s encouraging to see women participating in and succeeding at what is typically viewed as a “man’s game”.

What’s Price Got to do With it?

Competition between Canadian online brokerages has been taken to a whole new level in 2014. With commission pricing having fallen across the board, especially among the bank-owned brokerages, the challenge facing these brokerages is how to remain profitable as a business while also remaining competitive.

This past week Scotia iTrade, which has been a curious hold-out in lowering their standard commission rates, rolled out a slightly more creative approach to improving access to lower commissions under the banner of loyalty pricing.

Individuals can now qualify for a discounted commission rate of $9.99 per trade if they have a combined amount of $50,000 or more across several Scotiabank accounts/products (including Scotia iTrade assets). Previously only Scotia iTrade clients who had at least $50,000 in assets with iTrade or who made at least 30 commission-generating trades per quarter were eligible for $9.99 commissions.

Click the following link to learn more about Scotia iTrade’s new loyalty pricing and how it changes the value proposition for considering iTrade.

Going for DRIP in the Pool

Another news story coming out of Scotia iTrade this week was their announcement of adding the ability to manage dividend reinvestment programs (DRIPs) and dividend purchase plans (DPP) directly online.

Continuing on the dividend theme, here are some interesting forum posts that tie into setting up DRIPs and explain the power of compounding.

In the following post from the Canadian personal finance thread on Reddit, a curious investor wants to understand how compounding works in the context of investing. The answers from the community were helpful in demystifying the process.

Getting started with investing on one’s own can be a tad nerve wracking. In another post from someone stepping into the world of DIY investing, a reader on Reddit’s Canadian personal finance thread is looking for the easiest way to dip their toes into the investing pool and asked to have it explained as it would be to a five year old.

That does it for this week’s roundup. It looks like the low volatility in the markets is going to take a back seat so prepare for the media storm. In the meantime, Canadian markets are closed for the long weekend so have safe and enjoyable few days off!