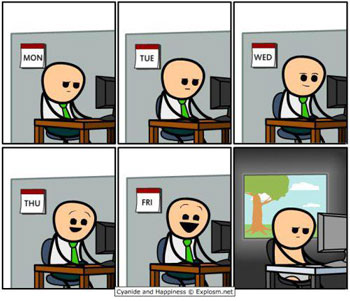 Another week, another record high. It looks like not that many folks chose to sell in May and go away after all. In spite of most NHL hockey players and seasonal investors starting to take it easy, Canadian discount brokerages were still keeping busy keeping one another on their toes.

An Apple a Day

Despite ponying up around $3 billion for a headphone (and streaming music) company, Apple still remains popular with consumers – which is something banks and now discount brokerages are capitalizing on.

Although Questrade was one of the first discount brokerages to offer up an iPad minis as an incentive to open an online trading account (and did so for a long time), it now seems that National Bank Direct Brokerage has also taken to a similar strategy.

Earlier this week, National Bank Direct Brokerage rolled out a new promotion offering iPad Minis for new clients who deposit at least $20,000. Interestingly, Questrade’s iPad Mini offer which had been taken down, looks to also have resurfaced. Questrade’s iPad mini offer requires a deposit of at least $100,000 and gives qualifying clients the choice of taking the iPad mini or $250 cash. Another curious point is that the value of the iPad Mini for the National Bank Direct Brokerage offer is listed as $319 whereas with Questrade it is being valued at $250.

As commission pricing between major bank-owned online brokerages has come down, service, platform and features are the new battlegrounds to woo clients. Following their recent announcement about additional news data, earlier this week Scotia iTrade took another step towards improving customer experience by announcing the roll out of a realized gain & loss reporting feature. The new feature apparently allows clients to view their actual trading gains and losses as far back as January 2014.

Two Heads Are Better Than One

For many years, observers of the Canadian discount brokerage marketplace have observed the increasing competition for a very limited number of investors. While the fragmentation of the Canadian marketplace hasn’t really driven too much consolidation, the recent notable examples (e.g. optionsXpress Canada being acquired by Virtual Brokers) are far and few between.

In the US, however, the marketplace is also hypercompetitive and earlier this week, two Chicago-based online brokerages OptionsHouse LLC and tradeMONSTER Group Inc announced they would be joining forces. This merger comes just over 2 years after the merger of another pair of Chicago-based US brokerages – TradeKing and Zecco. While two points a trend does not make, it is nonetheless interesting to see smaller players combine to take on the incumbent brokerage houses. Whether it’s two smaller brokerages teaming up or a case of a bigger fish acquiring a smaller one, the signs from the US discount brokerages may be sending a signal of things to come here in Canada.

What are Friends For?

Several Canadian discount brokerages have referral programs set up where existing clients can receive a bonus (usually cash or free trades) for having someone they refer open an account. In this post from Red Flag Deals, the community chimes in on the BMO InvestorLine refer-a-friend offer which provides up to $300 for a referral.

Some Change Won’t Do You Good

Forced currency conversions are a thorn in the side of many self-directed investors, especially given where the Loonie has been for the past few months. With that in mind, when online brokerages do conduct a foreign currency conversion, there is just that much less of a portfolio left. In this post from Canadian Money Forum, users discuss RBC Direct Investing’s foreign exchange practices with a Tax Free Savings Account (TFSA).

That takes to the end of the week and the roundup. As a quick reminder, the Cambridge House Canadian Investor Conference is coming up this weekend for those in and around the Vancouver region. Registration is free ahead of the conference. For those suffering from a bit of hockey withdrawal take heart, the best disinfectant is sunshine – so hopefully you’ll have a chance to get out and enjoy some.