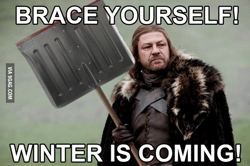 In this week’s roundup, we’ll take a look at trading metrics from December, a new name for a growing Canadian stock exchange, some of the whispers going around the Canadian discount brokerage space and finally we’ll top things off a hearty serving of interesting investor forum posts.

As it is the beginning of a new month, the trading volumes and account metrics for one of North America’s largest discount brokerage firms (Interactive Brokers) were published for December of 2013. Trading activity improved on both an annual and month-over-month basis for Interactive Brokers across several important categories such as Daily Average Revenue Trades (DARTs), customer equity, margin loan balances and new accounts.   Of particular interest is the average commission (including fees) per equity trade, which came in at $2.46. With these rates in mind, Canadian discount brokerages commission rates (especially at the bigger bank-owned brokerages) still have room to fall and so it will be interesting to monitor how long they will continue to hold out at their current pricing.

Although the roll-out hasn’t officially hit full stride, Canada’s second largest stock exchange, the CNSX, is rolling into 2014 with a change to its name and logo. Going forward the CNSX will now be known as The Canadian Securities Exchange or The CSE.   We’ll continue to provide more information on what the change will mean for the exchange and what the impact will be to retail investors.  The new website can be found (appropriately) at www.thecse.com.

The start of 2014 is bringing with it a flurry of activity from the Canadian discount brokerages.  Either late next week or shortly thereafter the winners for Dalbar’s Direct Brokerage Service Award are expected to be announced.   Recall that last year HSBC InvestDirect received the award displacing the multi-year winner in discount brokerage customer service RBC Direct Investing.

This year the format of the direct brokerage service award has changed slightly to include additional electronic service touch points such as chat.  Along with the announcement it is likely that the winner(s) will probably have some promotional campaign. We’ll keep on top of the results for that award as & when they are released.

In addition to the award announcement, there are whispers of a discount brokerage about to launch a major deal for self-directed investors.   Unfortunately we’ll just have to wait on the details however we expect that several brokerages will likely have to come up with something creative to match the proposed offer.  We’ll be sure to monitor & report on the deal announcement(s) as they unfold.

From the Investor Forums

This week saw a big return of individuals back into the investor forums.  While many topics were about the predictions for 2014, there were a number of great discount brokerage related topics.

In this thread from the Canadian Money Forum, there was a very interesting discussion about the importance of considering the size and/or stability of a discount broker when opening an account.

Even though for many university and college students, money is tight, there are still opportunities to learn about investing.  In this post from RedFlagDeals, one young investor is shopping around for a discount broker that fits the needs and realities of a student.

That’s it for this first week of 2014.  Bundle up out there and think warm thoughts!