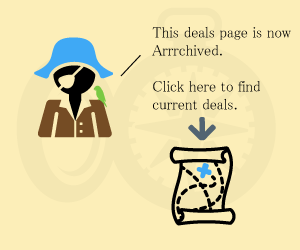 September is here, and with it comes a number of deal extensions from Canadian discount brokerages.  Going into the home stretch of the calendar year, several factors might be at play that explain why there are more ‘extensions’ of deals than new deals appearing just yet.

First, a number of financial firms that have their year-end (mostly at the October 31st mark) which means some firms might want to figure out marketing plans (and budgets) based on the year’s performance and market conditions. In other words, it might be a bit of coasting as far as deals are concerned until the results from the year are tallied up.

Another important factor is that stock market activity (and therefore investor activity) tends to pick up at the tail end of the year. More investors in the marketplace should mean that discount brokers will be jockeying for clients. Recent history has shown, however, that investors have been reluctant to come back to stock markets and only this past year have trends started to show a return of retail investor interest.   As the retail investor landscape evolves, there may be some caution around the size of deals that will be put forward.

Lastly, several discount brokerage rankings get published within the last calendar quarter of the year including the “JD Power Investor Satisfaction Survey”, the “Online Broker Rankings” from Rob Carrick at the Globe and Mail and the Morningstar award for “Best Discount Broker”.  Marketing teams will be in ‘wait and see’ mode to respond to these popular evaluations.

Putting these pieces together, it might help account for the fact that this month there are more ‘extensions’  of several offers rather than the introduction of anything new just yet.  Also, at the time of writing this post, it is Labour Day weekend and there are still some discount brokerages who haven’t updated their offers on their websites.

Nonetheless, there are a couple of things that I’ll be on the lookout for in early September which will likely result in an update of the deals section in the early part of this month.  Most notably, the BMO InvestorLine ‘AirMiles’ deal expires September 4th so there should be either an extension or a new promotion that is coming up.*UPDATE*: BMO InvestorLine has extended the deadline for the AirMiles promotion to September 30th.

As of the publishing of this post, there were two deals that expired at the end of August:

This month four discount brokerages have extended several of their deals and promotions.

At the outset of September there are no new deals to report however there is the deal from BMO InvestorLine that is set to expire in the first week, so there may be something new coming soon. (*UPDATE* : this deal has since been extended)