As a follow up to the article on the “vanishing trader”, we decided to look at the “invisible hand” of the market.  We took a brief look at the recent trading volume data (you can access this data here) published by one of the largest discount brokerage firms in the US, Interactive Brokers (ticker symbol IBKR).  While the available data only goes back to 2008, it is interesting to see the trend in volume of shares traded from 2008 through March of 2011 follow the trajectory of the markets upward.  Somewhere in early 2011 however, the volume of shares flowing through  IBKR pulled back significantly and continued to decline overall to present levels (about 4.5 million shares/month as of August 2012).

Even though we cannot know for sure why this slow and steady drop off has occurred, the data shows the S&P 500 going in one direction while trading volumes go in another. One theory is that the doom and gloom in the headlines over Europe and the stability of the European Union, the Arab Spring movements in the Middle East and the lackluster economic news  coming out of the US have finally taken their toll on the retail trader (who happen to make up a large portion of IBKR’s customers).  Both TD Ameritrade (ticker symbol AMTD) and Schwab (ticker symbol SCHW) have also felt a similar absence in trading volumes, indicating that IBKR is not alone.

One burning question remains, if the retail investor isn’t behind the recent rally then who is? 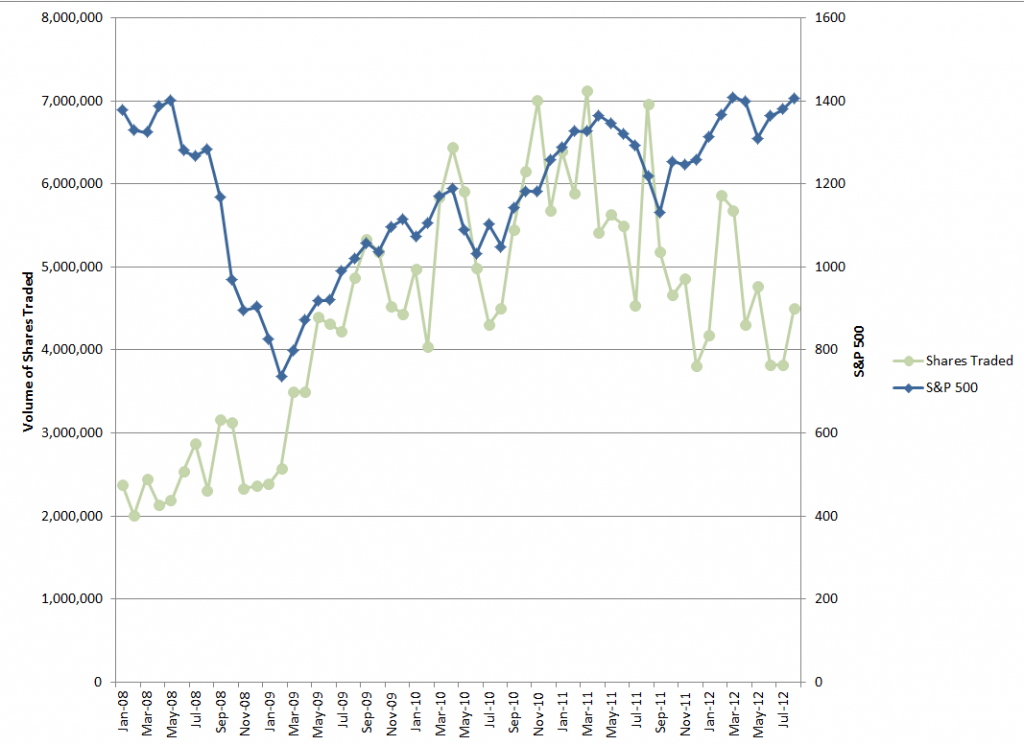