Here’s one for the “you don’t see this from a financial institution every day”.  We reported a recent announcement from Questrade in which they stated that they would be implementing a minimum activity threshold of one trade a month starting in July 2012 for those account holders with less than $5000 in their account. Those who did not make the one trade a month or have more than $5000 would be subject to a fee of $9.95.   This is still posted on their website as you can see here in the following picture taken on May 17th: 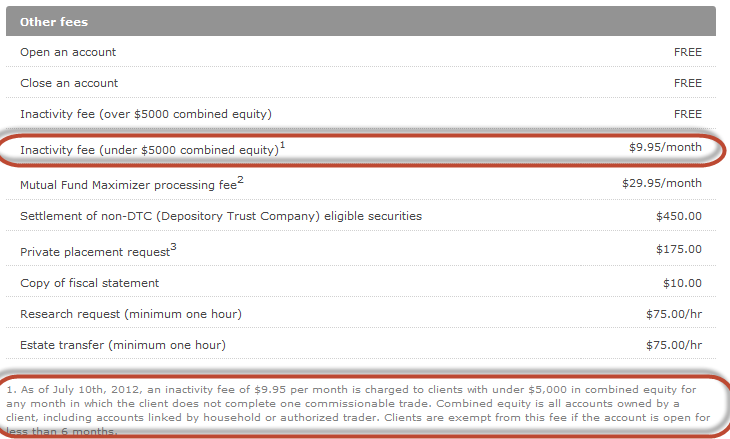 It turns out, however, that after thousands of customers that use the popular deal site Red Flag Deals saw this and several hundred complained, Questrade decided that they may need to rethink their strategy on raising prices. The director of communications for Questrade, Lynn Suderman,  has now announced how Questrade is going to charge customers for inactivity fees according to the announcement below.  [Update: I have received an email from Lynn confirming this change will be announced soon and updated on their website over the upcoming weekend]

The highlights of the supposed new fee format are:

We’ll keep monitoring this situation as it unfolds, however for the time being it looks like the responses to this change are mildly positive.  Surely there are many customers and potential customers that have been put off by the increasing in prices, however there are also many customers who saw this gesture by Questrade as an olive branch and a reasonable compromise.